Actress and singer Dezry Kay, whose real name is Desiree Kekana is going through a terrible and painful moment of her life, her joy of expecting triplets was short-lived after she recently suffered a miscarriage. 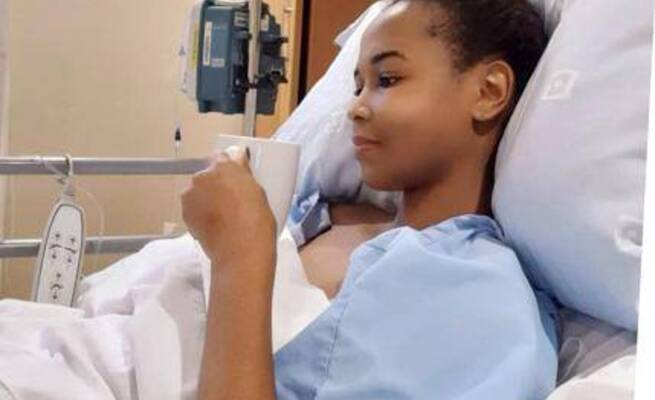 "I expected to have beautiful, healthy children. We were so excited. My man wanted a boy and I wanted a girl, so we were hoping for both sexes,” said the 28 year-old.

For Dezry, the morning of 18 April started like any other, only for her to later experience a terrible pain in her tummy.

“My abdomen felt uncomfortable and my legs were stiff. My fiance took me to the hospital and I was rushed straight into the theatre,” she said.

She thought, she was not going to come out of it alive.

“I was bleeding internally. I don’t know if I’d have survived if I hadn’t gone to the hospital immediately,” she said.

She had to undergo a surgery and lost her two months pregnant with triplets. She is currently nursing her pains and disappointment at home.

The fusion singer and rapper, said the doctor told her the miscarriage was caused by a heterotopic pregnancy.

“Two fetuses were growing in the uterus and one was in the Fallopian tube,” she said.

“None of the babies could be saved due to the complications. I’ve got stitches on my belly from the surgery,” she added.

Dezry’s fiance Shaun Reddy (36) said the moment brought them even closer: “This experience has brought us closer together. We’re still hopeful that our wish to have children will come true.”

Dezry, who released a single titled Mantra in February, feels relieved sharing what she came across with other women, as a way of encouraging others not to lose hope when faced by a difficult time.

Celeb Gossip Lee Nyathi. - 20 January 2021 0
Themba Ntuli is a Zimbabwean born actor who is famous for his role on Rhythm City, Frank & Fearless and Soul Buddyz. He also became a...