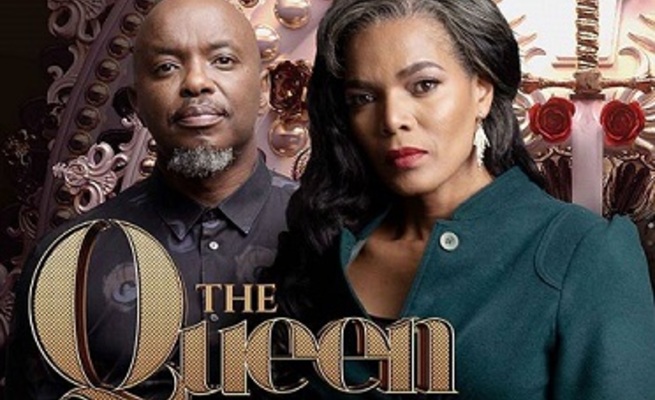 The Queen’s reign as DStv’s highest-rated soapie could be over.

Connie Ferguson, who runs Ferguson Films with her husband, Shona, told the Sunday Times: “We will not be able to deliver that content by the end of May. There’s so much going on behind the scenes. We are thinking about how we’re going to survive as a company, but not only that, we are thinking how are we going to help our people.”

Last week Ferguson Films sent cast and crew of the drama series a memo outlining measures the company would take in view of the extension of the national lockdown.

The Fergusons had planned to extend filming by four weeks to complete the fourth season. However, the contracts of the cast and crew expire at the end of May and with the uncertainty, no renewals can be done.

Dineo Langa, who plays Kea in The Queen, said even though she had additional income from voiceover work she’d still feel the pinch if there was a salary cut.

“It’s bittersweet — you understand that it’s imperative but at the same time everything you’re committed to financially looks you in the face with a very grim look.”

Shona, who is executive producer, said staff would receive their full salaries for April, and there were ongoing discussions with Mzansi Magic.

“We don’t have further episodes to deliver or broadcast post the first week of May. There’s still a lot of uncertainty, as no-one can predict when we’ll be able to resume work.”

Yolisa Phahle, CEO of general entertainment at MultiChoice, said the group had set aside R80m to ensure the cast and crew of all its current productions were paid their full salaries for March and April.

But she declined to try to predict what would happen if the lockdown was further extended.

“We believe this to be critical for the industry and in our view, simply the right thing to do,” Phahle said. The Queen is the Fergusons’ only series in production. They’ve also produced other television shows such as The Imposter, Igazi, The Throne, Rockville, Unmarried and Kings of Joburg. For actress Thembsie Matu, who gets paid per call, this means no work, no pay.

“I have no income at all. At the moment I’m not getting paid — my last call was in March,” she said.

e.tv MD Marlon Davids said viewers could continue watching soapies such as Scandal!, Rhythm City and Imbewu on the free-to-air channel. Asked if this would still be the case if the lockdown was extended further, Davids said: “This will depend on the duration of a further extended period. We have adequate local programming for the current lockdown period.”

In March, when the lockdown was first announced, Nandipha Pantsi, publicist for Generations: The Legacy, said there were enough episodes of the popular local series to air, and cast and crew would be paid their normal salaries.