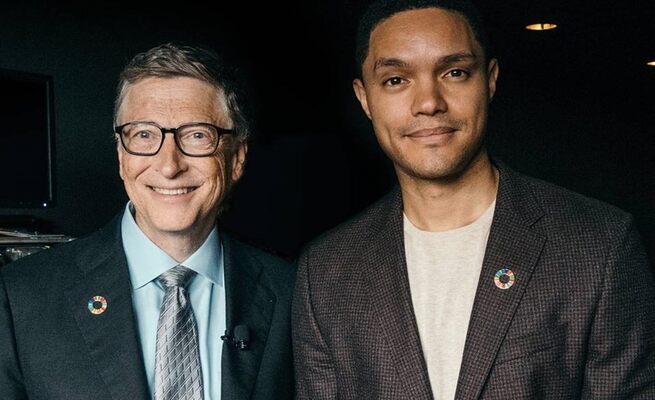 Trevor Noah revealed on his social media that he had been receiving death threats after his interview with tech billionaire Bill Gates.This follows that announcement made by Bill and Melinda Gates that they were planning on donating millions of dollars to combat the rapid spread of the Covid-D 19 in February.

Now I see why I've been getting death threats for interviewing Bill. Thursday, Gates had an interview with Trevor and explained how the money will help.

Gates told Noah: "If we get the right testing capacity, we can change by literally millions the number who are infected, and governments will eventually come up with lots of money for these things.


"But they don't know where to direct it, they can't move as quickly, and so because our foundation has such deep expertise in infectious diseases &ndash; we've thought about the epidemic, we did fund some things to be more prepared, like a vaccine effort our early money can accelerate things."

Gates said that they're funding factories for seven of the most promising vaccine constructs, even though they're likely to just pick two in the end, so that time isn't wasted.

Now I see why I’ve been getting death threats for interviewing Bill. 😢 https://t.co/3UIeYQi2z0

"We'll have a lot of unusual measures until we get the world vaccinated," he said.

"You know, seven billion people, that's a tall order but it's where we need to get to, despite a lot of things between now and then, to minimise the damage."

This interview stirred a lot of controversy for the Gates Foundation after reports stated that Gates wanted to have the proposed vaccine first tested in Africa.

The report by News24turned out to be false and they have since apologised.