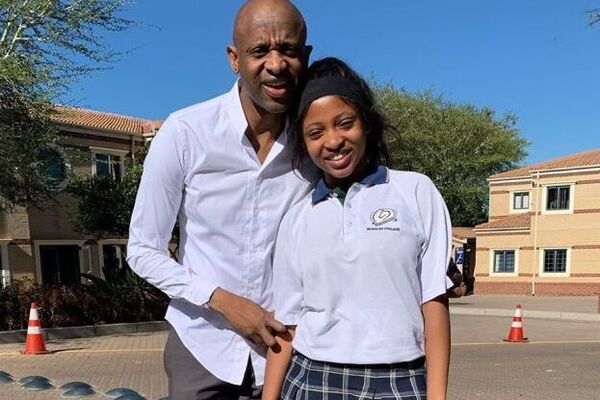 The 2pm weekday show, which features his celebrity children AJ and Owami Mafokate, was launched on the family’s new radio station, Lockdown FM, on Wednesday.

AJ, real name Arthur Junior, became famous because of his career as DJ, while his younger sister, Owami, broke through the entertainment industry with the release of an amapiano track called Let’s get it on.

The Mnike hitmaker said the show is aimed at entertaining fans during the nationwide lockdown instead of people sitting at home wondering how to spend their day. The show can be listened to on www.lockdownfm.co.za.

The family shares how they tolerate each other while locked down in their home.

The father of four said it only took the family a week to redecorate one of the rooms into a studio and put together the equipment.

“The Mafokate Show is just about us being ourselves and getting in touch with the public out there. This show is hopefully not limited to the lockdown, but it depends on opportunities if available and, if not, it’s still cool,” he said.

He said the show was not aimed at grabbing attention from bigger radio stations as he was still teaching his children the effort needed for independence and tricks of building a solid foundation for their careers.

“All I am teaching them is that they must never wait to get a gig from someone but should create opportunities for themselves. Such an example is their father, who was rejected by almost everyone before he made it. We hope this show inspires and changes lives. People can just expect to know us and enjoy sharing space with us.”