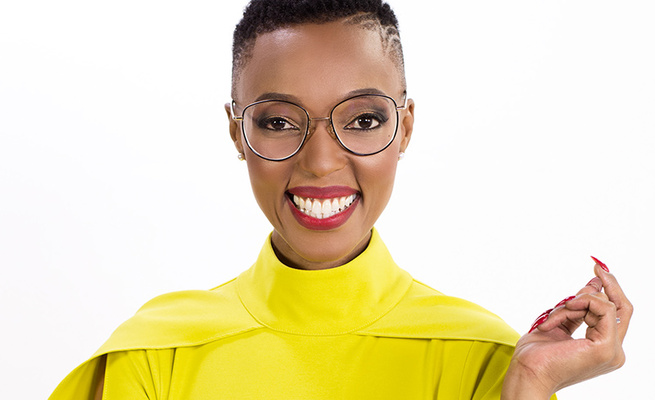 Popular radio host suspended after being rude to caller

The customer is always right and is said to be king too, no one can go against a king and get away with it. A prominent radio host learnt this lesson the hard way after she was suspended for being rude to a caller.

Power FM presenter Pabi Moloi's alleged bad behaviour saw a number of listeners baying for her blood, they want the station to penalise her for harming the radio's reputation, bringing its name into disrepute.


She allegedly sounded a bit rude and treated a caller in an improper way during her show. The 'customer being the king' prevailed and the popular radio and TV personality Pabi has since been suspended from her Power FM job.

While on suspension, the station is taking the time to look into the matter, some believe the host who is not new to crossing boundaries, could have been under the influence of some sort of drugs or alcohol. She was at one time arrested for drinking and driving at the beginning of this year.

Power FM MD Leslie Ntloko confirmed that Moloi was serving a suspension from the station pending the outcome of the investigation.

“We can confirm that we have placed her on suspension pending the outcome of an internal investigation. Unfortunately we can’t comment further as this is an internal matter,” he said.

According to some of her workmates, she indeed acted in a manner which would bring the name of the station into disrepute. They say she humiliated a caller live on air when she told the caller to observe punctuations, full stops and commas, when talking.

“That was so embarrassing and humiliating. From there the station manager Leslie Ntloko was inundated with phone calls from the listeners asking if Pabi was drunk or [if] she was sick. Some demanded that she be fired from her job for bringing the station into disrepute,” said the station employee.

However, it is alleged there seems to be some beefiness between her and other senior employees at the station. According to another worker who declined to be named, some were calling stiffer punishment against her, but that was not to be, as it was yet to be established if she was indeed under the influence of drugs or not.

“But they can charge her with bringing the station into disrepute by humiliating the listener,” said the employee. Efforts by the local publication to get a comment from Moloi were fruitless.