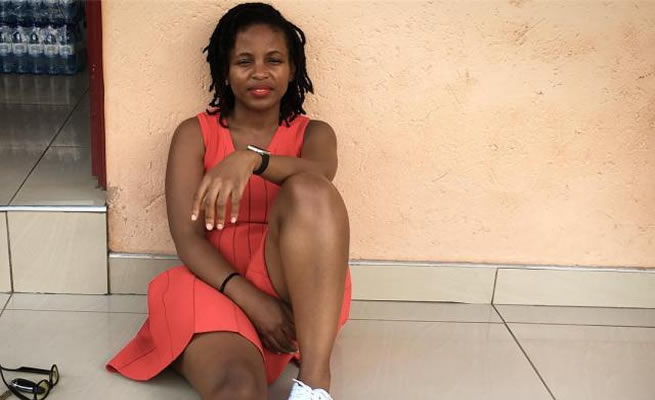 Sultry actress Lehlogonolo “Nolo” Phiri has lost her job as an associate producer in SABC2 soapie Muvhango for allegedly securing a role at a rival production without the knowledge of her boss Duma Ndlovu.

Phiri, who worked closely with Ndlovu on the show, was removed from her position about two weeks ago after she allegedly auditioned for a role in Mzansi Magic drama series Isibaya without his permission.

Two independent sources, who did not want to be named for fear of victimisation, said Ndlovu gave Phiri a role outside the soapie.


A cast member of the popular SABC2 drama said Phiri, who played the fiesty Nikki in e.tv’s popular show Rythm City, took a two-month break under the pretext that she wanted to sort out crucial personal matters.

“She then secretly went and auditioned for a role in Isibaya, where she will reportedly play Nombulelo Gumede, a two-faced, streetwise and very manipulative person,” alleged the cast member.

This was brought to the attention of Ndlovu, who allegedly gave her an ultimatum to choose between her job at Muvhango and her new acting role.

“Apparently she told him that she was not going to cancel her acting role in Isibaya and dared him to fire her. He showed her who the boss is and removed her from the position. She never thought he would remove her because they were very close.

“But Duma had no choice because he made it clear to all the cast and the crew members that he doesn’t want them to get acting jobs or work for rival production companies. “Had he not put his foot down, this was going to put him in a predicament and create problems for him with other obedient cast and crew members,” said the cast member.

Another deep throat also confirmed that Phiri had been kicked to the curb.

“In fact, people have been complaining about her management style to Duma but he just didn’t act because he apparently thought the complaints were just unsubstantiated. So when he got the information that she auditioned and got the role at Isibaya behind his back he had to act. “So this week staff [members were] informed that she has been removed from the position and was given some role in Word of Mouth Production but far from the soapie,” said the tipster.

Muvhango publicist Karabo Disetlhe-mtshayelo could not be reached for comment.

Phiri confirmed that she had been removed from her position.

“The company had always known that I’m an actress and when I joined Isibaya, it then deployed me to another department as Word of Mouth head of new projects.

“I was not fired from Word of Mouth,” she said.

The company had always known that I’m an actress