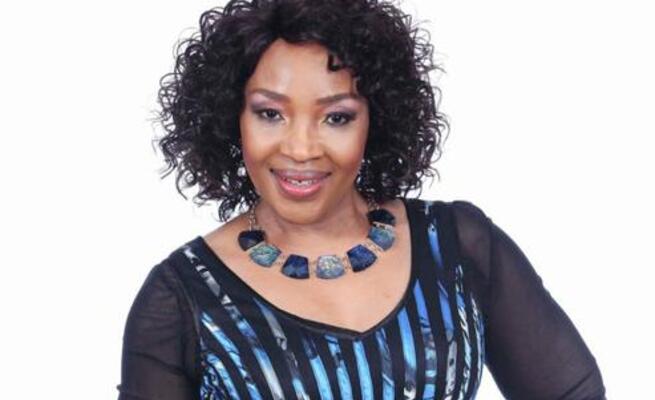 In the entertainment industry, one's acting prowess can be seen by their ability to make viewers associate them with the characters they play, even when not on set.

Joyce Skefu is a devoted christian and a mother with great passion. She used to play Maletsatsi on Scandal where she exhibited that she was a mother on a mission, now she plays Moipone whose love for money has shaken the whole of Mzansi.

Moipone cannot cope with her current lifestyle, once a beauty queen, she can't believe her life has changed. However, she still lives in the past glory and not accepting that things are now different for her.

"As soon as I was told about who she really is, I was like can we shoot tomorrow? It excited me," said Joyce who fell in love with the character after just seeing the script.

She has been known for motherly touch with a tender heart, Maletsatsi was a soft spoken respected in the community. In contrast, Moipone is totally the opposite, she lives in her Pabi (Lorraine Moropa)'s pocket.

She maintains and vows that no daughter of hers will fall in love with someone who doesn't have money, she never takes a poor man for an in-law.

"Moipone needs to be healed and delivered out of a lie. She is living in a shadow of a life she tasted, which now not her real life," said Joyce.

That is based on true lives, said Joyce, who maintained that most young girls are tempted to live false lives because of poverty.

"Moipone let a title define who she was. You need to find who you are and get rooted in that. Believe it so that anything else that comes, you know it is superficial. Don't up facades," she said.

She once played Doris in Muvhango, years ago, but she managed to stand the test of the times because of being always truthful to her word. Growing up, Joyce always knew she was going to be an actress.

"I was in it for a long haul and I knew from the beginning that I belonged there. I never looked for other opportunities," said Joyce, whose debut performance at school defined her fate.

"You are just given a description of a character. Then you have to improvise what that is," said Joyce.

When you are such a good and trusted actor, many people just come to believe you have influence wherever you would be, Joyce always gets requests from people seeking to be linked to the industry's right people.

She always speaks with commitment. "You have to be sure that you start something that when you start something you are going to run with it until you win, it is not a part time job," she said, adding that sometimes parents approach her to connect their children.

She then digs, only to see that the children neither have matric nor prepared.

She always advises the parents that the entertainment sector isn't glamour as they thought. "I tell them this isn't a hobby, you must be cut out for the industry longevity," she said.

According to her, many jump in for any job available because of unemployment, but her advice is for them to find out more of the intended career before getting in it.

"Know yourself, no matter how difficult and how long it is going to take, you have to decide and be stern about what you are and what you want to pursue. Do not be distracted by doing this and that," she said.

Off set, Joyce is a devoted member of the Rhema Bible Church, and a mother of two. She is not a proactive mom.

"I was brought up in reaction . My mother would whip you now. But as a mother I have learnt to listen more and understand. I try to take initiative by having conversations. I don't want them to learn things from the outside world," she said.

However, when it comes to being prayerful and dedicated, she does not take chances.

"My grandmother, the love of my life was a devout and prayerful woman. She taught me to be a finisher, everything I start I must finish," said Joyce, who was taught to fight for her life.

She loves sharing the word and gives all the credit to her grandmother.

"When I read the bible, I see pictures and stories. I read the bible as an artist, I creat and bring another perspective," said, adding that God helped her to be where she is today.

"My other secret that kept me going is that I work like I am working for God. I felt like I watched, so I need to respect the work," she said.

She has been before the camera for years, but Joyce said it still makes her feel nervous. "It is the fear of not doing it right when you come into a role. But, the fire in you overcomes the fear. In the roles I played, I was always scared," said Joyce, who always guarded against doing injustice.

She is humbled and grateful to have made a name in the industry and for the recognition she is getting.