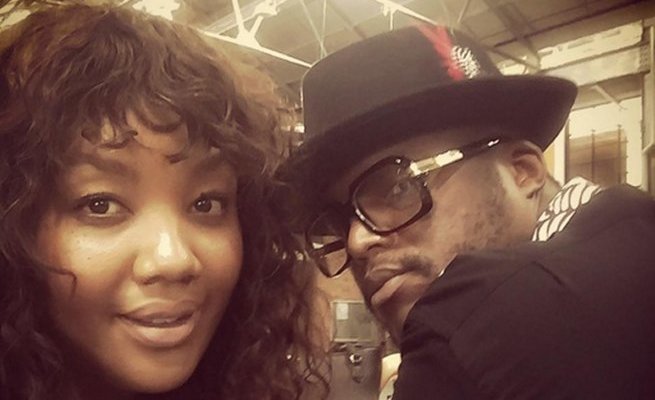 In a recent interview with "Eusebius Mckaiser on 702" talk radio station the widow of HHP, Lerato Sengadi explained why at the time of the rapper's passing she was not residing at their marital home.

She stated than over ten years she “begged” HHP to seek professional help.

"I was not living at home at that moment because I had made a choice to try and heal myself. I’ve been with my husband for ten years and he had a mental illness that I begged for him to get help,"said Sengadi.


She added: "I’ve gone for months on suicide watch over him. Which means every time he rose in the bed, I had to go and check if he’s fine. If he goes to the bathroom in the middle of the night I had to sit up and wait for him to come back. With that happening over the years I begged for him to seek help."

She confirmed that the star eventually did seek professional help but he felt the medication "numbed him and stopped him from being creative", so he ultimately stopped taking the medication.

Sengadi says despite all the challenges she’s grateful that the last two months of HHP’s life were the happiest for them as a couple, though she didn't move back home.

“We were back together, we were in our honeymoon phase. We were so happy but I said to him because you don’t want to go to therapy, I can’t come back home.”

When asked about the impact of mental health on her husband and her, Sengadi said: “On him, it was a roller coaster sometimes, we’ve have a period of amazingness where creating tones of music…and then I could come back from work and he’s in a dark place, he doesn’t want to live home, he doesn’t want to live the bedroom…I’m literally begging him to eat…sometimes begging him to take a shower.”

"In everything that has been said about me – this is my first time ever talking about any of this stuff…no one has been honest enough to say that he committed suicide…It's alleged'. It's not alleged it is what happened as a result of mental illness.

"We should be able to have that conversation honestly, because these are things that happen all the time. We can't be scared to say this person had depression or schizophrenia or whatever the mental illness is and as a result, they took their own lives.

She also highlighted the negative impact social media had on her late husband's mental health.

"Another thing that made difficult for him was social media, especially Twitter that is very malicious. It’s a cesspool for people who have their own self-esteem issues to almost project their insecurities or maliciousness on other people.”

During the interview, Sengadi also addressed cheating allegations on her late husband, she said “I never cheated on my husband. The only reason why my husband and I had a small period of separations was that (that) I was trying to save his life."

Listen to the full interview here: