Lasizwe Dambuza is famously known for his hilarious videos on YouTube. He even makes video on serious matters, like the Coronavirus, but he always finds a way to make them funny.

His latest post however has raised many eyebrows after he was seen holding a little baby. Lasizwe, who is no stranger to poking fun and creating light-hearted jokes about anything, left many curious on whether he has decided to pursue the adoption route.

He captioned his tweet "Thank you for choosing me to be your father". We are not sure whether he forgot to put "God" in his caption, but if he really adopted congratulations to him.

Thank you for choosing me to be your father. pic.twitter.com/h46CxdiJFz

The baby is dressed in a light pink jersey with a dark pink pants.

Whether or not the baby in question is really his, is unknown – but his fans and followers are left highly confused.

The reason for the confusion is because Lasizwe has been openly gay for long time.

The news of him becoming is father has been met with mixed reactions with some of the replies mentioning that Lasizwe reminds them of Somizi, who is also gay yet has a daughter. 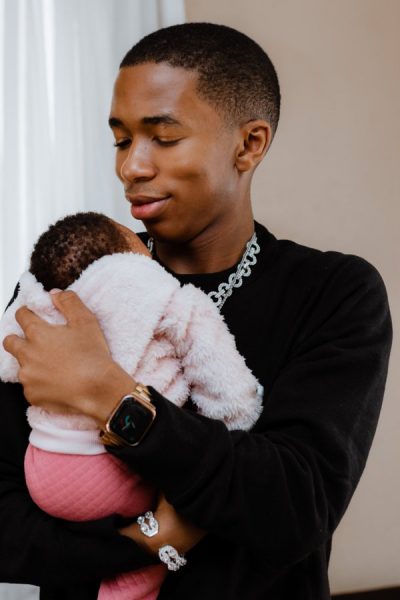 Lasizwe sort of gave confirmation in one specific tweet where @BktLtd asked "Fruit of your womb?", to which Lasizwe responded: "Basically".

Another follower, @Aquilakhoza asked "Is this a joke?", while many others sent congratulatory messages to him.

I see somizi in you pic.twitter.com/XZ4xXIgEHk

😳😳😳 What are you sayin pic.twitter.com/tl5BCJsRlR