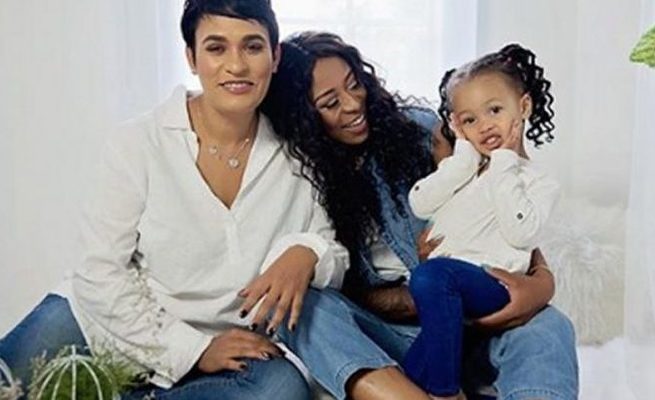 Although Mzansi’s favorite celebrity power couple AKA and DJ Zinhle, called time out on their off and on relationship, his mother Lynn Forbes has said her relationship with the DJ will remain the same.

DJ Zinhle and AKA broke up late last year after a reunion much to the public’s dismay .

Although the two are no longer together, Glammy (as Lynn is fondly known) said that their break-up wouldn’t change her love for Zinhle nor would it have any influence on how she feels about the mother of her grandchild.

Meanwhile, AKA seems to have moved on after being spotted several times getting cosy with the same woman.

He even celebrated Valentine’s day in February with his new girl and he certainly isn’t shy to parade her on social media.

Zinhle on the other hand seems to be single and doing okay after the break up ,unlike the last time AKA broke her heart and took off with Bonang.

She revealed that her silence on the split was because she was super busy and booked.

“I am fine, I’m genuinely fine. I just have been overworked.

She said although she and AKA are no longer together romantically ,they are both in a good space and are co-parenting their daughter Kairo well.

“Kiernan, my mom and I, everyone is just getting along. Our break-up hasn’t broken up the family.

“It doesn’t have to be a romantic relationship to make a family work and that is what we are trying to do now.” she said

Celeb Gossip Palesa Ndaba - 8 August 2020 0
Uzalo fans were heartbroken as the Khanyile Brothers left the show on Thursday. Godfather and Thulani, played by Sizwe Khumbuza and Thulane Shange, respectively have...

2 brothers caught with a human head

General News Innoe Malaba - 8 August 2020 0
Two brothers were arrested after 19 guns and a cut off human head were discovered in Putfontein. They were denied bail and remanded in custody. Nine...

Celeb Gossip Innoe Malaba - 7 August 2020 0
In 2010, Khumalo and Maarohanye were considered the “it” couple, But little did anyone know that a few months later Kelly Khumalo and Molemo...
Loading...