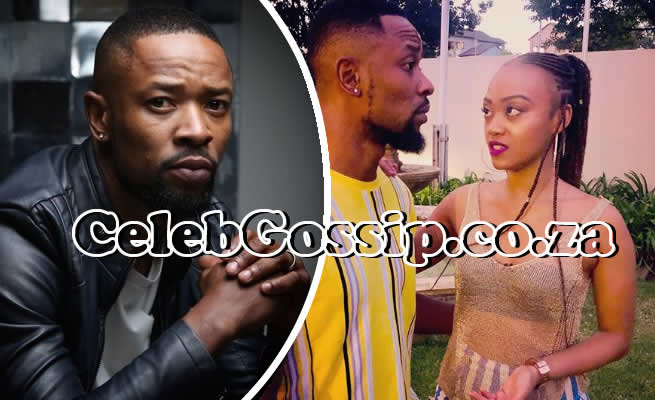 Actress Pabee Moganedi joined TshisaLIVE in studio recently and revealed how badly she was affected by the backlash when she started dating actor SK Khoza.

Opening up about her relationship for the first time, Pabee explained that even though it wasn't easy when she and SK first went public with their relationship, they survived because they chose each other.

“I am in a relationship with a beautiful man with a big heart and we met in the workspace. We weren't friends initially, we just bumped into each other on set and would see each other at events for promotional reasons of the show.

“And until at some point, we ended up being each other's date at one of the events and it was a beautiful moment.”

When SK and Pabee first started dating, their relationship hogged headlines as speculation swirled that he had left his baby mama for Pabee.

She explained that the backlash started affecting her career as an actress.

“I'm normally a strong girl who can give two flying kites about people's opinions but I feel that this was an obstacle for me, because it now started to affect my bread and by that I mean I was now getting blacklisted in my workspace for something I felt was unrelated to the way I do my job.

“And whether or not you agreed on my relationship … I mean, nobody knew what was going on and I felt that it was a bit unfair that people had opinions about something they knew nothing about.”

Despite the negativity they initially faced, Pabee said that she and SK were going strong.