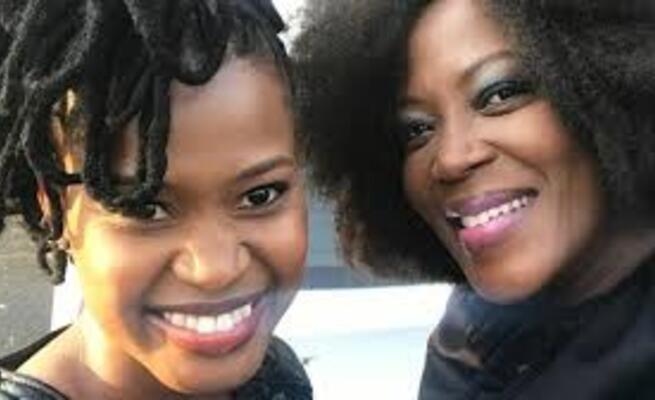 Actresses Rami Chuene, Zenande Mfenyana and Nokuthula Mavuso have weighed in on a young actors versus established actors debate that was sparked on Twitter after a well-known scriptwriter said the kind of abuse young actresses endure at the hands of the older ones was shocking.

Rami commented on Phathu Makwarela's tweet about how, in his experience, Mzansi will have no one to stan if the truth were to come out about how the "loved" and established actresses mistreat the young and upcoming generation.

"The day young and upcoming actresses open up about the abuse they've had to endure at the hands of established actresses that we venerate, we'll have no one to stan. Some of our idols don't take imminent retirement well," Phathu said.

Rami was one of the first actresses to share her views on the matter. Speaking from her personal experience, the veteran actress said she has no time to beef with the youngin', and that for her as long as they are willing to learn, she's always willing to help them flourish to their fullest potential.

"Phathu o bolela ka proper actors not bo motšwaoswere le bo ‘I wanna be famous’. I personally don’t have time for those. Coming to work unprepared is an epic fail for me cos your straight teeth and blank, expressionless face are not going to cut it."

Zenande, who plays the role of Goodness Mabuza on The Queen, revealed that she has personally experienced such abuse, and said that one day when she's ready, she would share the story.

"I experienced this, and one day I’ll have the courage to speak up about it openly. The abuse from older actresses onto younger ones needs to stop. Enough is enough."

Abomama actress Nokuthula Mavuso said the young actors needed to own up to their actions that may contribute towards the treatment they receive.

She gave an example in which an unnamed young actress almost always wasted everybody's time by coming to set unprepared.

Read the rest of the conversation below.

I experienced this…and one day I’ll have the courage to speak up about it openly. The abuse from older actresses onto younger ones needs to stop 🛑 enough is enough!

There's one who'd hide her shoes after wardrobe had given all her costume for her to wear. Come nako ya di checks, the poor wardrobe standby would be running around looking for the shoes which drove the director nuts. Usisi was consistent with her nonsense.