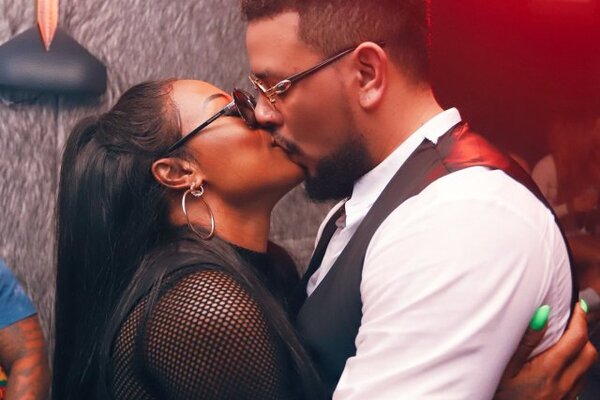 HER list of talents are about as long as her slender arm: celebrated DJ, author, watch designer, businesswoman and entrepreneur, accomplished traveller and doting mom. Yet it seems every time DJ Zinhle trends online it has more to do with what’s happening in her love life instead of being about her considerable achievements.

This was recently the case again when her former flame and father of her child was filmed locking lips with another woman in Cape Town.

AKA and model Nelli Tembe are seen getting cosy in the video that went viral on social media – and it outraged Zinhle’s fans.


Was he once again cheating on her as he did with Bonang Matheba, they wanted to know? Or is he just out to humiliate the woman who’s remained loyal throughout their tempestuous relationship?

The hot-headed rapper wasted no time in lashing out when asked about it.

As for embarrassing the mother of his daughter, he responded: “Humiliated by what? A relationship not working out and someone moving on? Cut the bulls***.”

From Zinhle, real name Zinhle Jiyane, there’s not been so much as a peep about their break-up.

“Before we were too concerned about how people feel about our relationship, how we’re seen by the public and what we look like.”

She’s clearly not letting it affect her anymore because, unlike AKA, she’s maintained a dignified silence after their most recent split.

Instead she’s been out and about, posting one fabulous picture after the

‘We were too concerned about how people feel about our relationship’

other to show she’s not crying buckets of tears for the man who once broke her heart.

IF HER social-media feeds are anything to go by, Zinhle’s doing just fine, thank you very much. On Valentine’s Day she posted a poolside bikini pic on Instagram of her kissing daughter Kairo. The little girl surprised her with a bouquet of roses and a handwritten love letter for the special day, she shared.

Zinhle also posted several sizzling swimsuit shots and showcased her many business deals – and she doesn’t seem to be pining for AKA by any measure.

And it’s her eat-your-heart-out social-media feed that’s sparked a debate that she’s the one who dumped him in a bid to regain her power.

It’s anyone’s guess when exactly it all ended but it’s likely to have been in December.

Eagle-eyed social-media users sensed there was trouble in paradise when AKA posted a simple “Happy Birthday” message to Zinhle on her birthday on 30 December, which he later deleted.

In January, the rumour mill went into overdrive when the couple unfollowed each other on social media and took vacations on opposite ends of the globe.

Zinhle was seen in Mauritius with BFF Pearl Thusi, while AKA (real name Kiernan Forbes) was spotted in South Korea.

Although Zinhle stayed mum on their relationship status, the Fela in Versace rapper lifted the lid on their split in a Metro FM interview with SPHEctacula and DJ Naves. “It’s been a crazy start to the year, I had to go away,” he told the radio jocks in mid-January.

“I went on holiday . . . As people might have noticed it’s my first holiday being a single man for many, many years.”

Not that it seemed to bother Zinhle.

Days earlier she’d posted a message: “Happiness is the highest level of success”, and after the interview she highlighted the importance of family, sharing images of Kairo and of her mom, Jabu Jiyane.

Family remains her highest priority and she’s still close to AKA’s mom, Lynn Forbes. Her son’s split from Zinhle doesn’t influence how she feels about the woman who’s mom to her only grandchild, Lynn tells DRUM.

“My kid breaking up has got nothing to do with me,” Lynn says. “It’s none of my business, and it doesn’t affect my relationship with Zinhle.

“If Zinhle and Kiernan break up that is absolutely their business and so are their reasons for it.