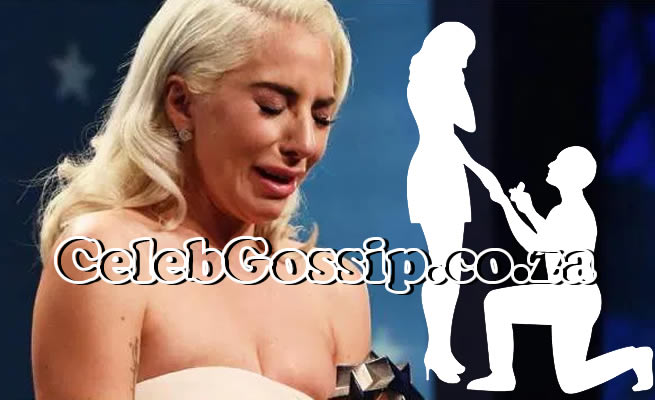 I was eating bodega grapes at my desk on a recent Monday morning, gearing up to wrangle my inbox, when my phone started buzzing:

It was an emergency: My ex-boyfriend, I learned, had a new girlfriend.

But it was true. While I’d been watching the Super Bowl on television in New York, they were snuggling in her private box at the Hard Rock Stadium at Miami Gardens. There were the paparazzi as he escorted her away, her pink hair flowing and sequins pasted around her eyes.

Page Six produced a deep dive into Lady Gaga’s new “mystery man.” Refinery29 announced that Gaga was “wearing 2020’s hottest new accessory: a normal boyfriend.” The story appeared in the Daily Mail, and Business Insider and People, where my mother read about the couple after checking the magazine out from our local library.

I dated this normal, mystery man for seven years. Our relationship lasted all of college, and then a few years more. (A popular song from back then described being “caught in a bad romance.”)

As you can guess from the fact that you’ve probably never heard of me, I’m not famous.

So suddenly it’s like I’m star-gawking by proxy (yes I know there’s another word for that). But there’s almost no way to avoid it.

Social media in 2020 is so ingrained that it’s no longer a supplement or even an addiction. It’s just an accelerated extension of the way humans have always behaved. We live in a culture of constant updates. You want to unsubscribe? Well, you can’t.

I don’t follow my ex on social media. We were “friends” on Facebook. Then we were “in a relationship” on Facebook. After we broke up, I noticed I was “blocked” on Facebook. And then we moved on. I hadn’t googled him in forever (I promise). But this month I knew everything about his new relationship status, within hours of when it was disclosed.

In some ways this is the natural, if absurd, arc of my generation’s entire adult life. In a vertical cascade of photos, I watch my friends’ ex-boyfriends nurturing the pregnancies of the nice-looking women they married instead. Sometimes I know the names of the resulting children, kids I will almost certainly never meet — but I will know whether they were princesses or pirates for Halloween anyway. I’ve seen their Christmas trees and sand castles and their tablescapes on special occasions. Sometimes they go dark for a period, the dinner parties disappear and they’re single again. I keep following, a passive but not unwilling audience.

We used to obsess about celebrities and then started obsessing about one another. Maybe a decade ago I would have subscribed to US Weekly. Today there’s no need: I have the parade of people in my phone. I mix “real” celebrities with people I know and I can curate it all however I want. Then I scrolled through Instagram and saw a post from Lady Gaga: she was sitting in her new boyfriend’s lap.

Friends from college liked it — along with nearly three million others.

If you’ve ever googled an ex’s new partner (be honest) you’ve probably played a certain game with yourself. You’re either just curious — which is healthy of you — or you want to know how you compare. Ideally the ex’s life didn’t improve too much without you? In this case, though, that’s all upended. How do you compare yourself with Lady Gaga?

Instead of thinking, “Why not me?” when I see them together, I think “That was me.” It pulls the illusion of celebrity down.

At first that was confounding. When one friend called me at my desk that morning to discuss, my voice actually shook. (Who wants to rehash an old relationship at work the day after the Super Bowl?) So I gave myself till noon. And then I thought again.

Lady Gaga is amazing. Comparing yourself with her is incredibly motivational, and I recommend you try it, regardless of how you relate to who’s dating her.

At least, that’s what I did.

For example: I was going to wear a black dress I’d gotten on sale years ago to an event that weekend, for probably the 27th time. But Lady Gaga would never do something like that. I’ve never owned anything that costs more than a week’s worth of groceries — whereas she is a woman who wears pieces of raw meat on the red carpet. I went to a nice store I’d never been inside before and I tried something on. The clerk asked me what the occasion was. I found out from Facebook that my ex-boyfriend was dating Lady Gaga, I told her, and she looked me up and down. “Huh,” she said. “Really?”

The dress was too expensive, but I bought it anyway. Why should I accept less than Lady Gaga?

I went to a coffee shop. Did I want a large? Yes. For the event: Did I want my makeup done? I never had, but yes. And yes, I’ll get the lashes too. When I was emailed praise, did I forward it to my boss? Yes. Did I agree to do the work presentation I was anxious about? Yes. Yes, yes, yes.

(I haven’t figured out how to start a multimillion-dollar entertainment empire yet, or a major advocacy campaign, but yes to that, too.)

The point is, Lady Gaga is living the ambitious life that we keep saying women should embrace. A quote I remember reading from her, probably on Instagram, says, “Don’t you ever let a soul in the world tell you that you can’t be exactly who you are.” It’s so easy as you get older to find the best in who you’ve become, to make the most of it — and maybe even to get a little complacent about it. But if Lady Gaga can do what she wants, and even expand on what she wants, why not me, too? Why not let being “exactly who I am” mean trying to be the best I could be? Lady Gaga continues to challenge herself, to try new things, to thrive.

At least that’s what I gather from my phone, the place where we all converge.

Recently someone sent me a photo of my fiancé and me dancing at a wedding, and I posted it on Instagram. I saw Lady Gaga’s boyfriend in the views, and I realized we’re actually all the same: strangers, smiling on a screen.