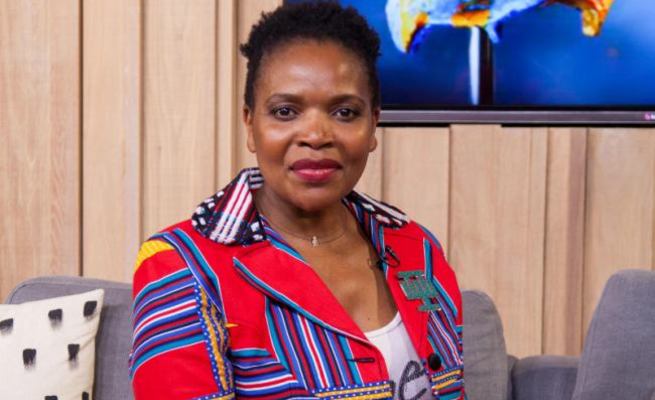 Award-winning and veteran Actress Flo Masebe -who is one of the most vocal celebrities on issues surrounding woman abuse in the country has open up about how she feels about her uncle who allegedly violated her some years ago.

In a tweet, Masebe poured her heart out about her paedophile uncle who allegedly violated her at the age of 11 and got away with it after being protected by family members. Masebe said her uncle now has stage 4 of cancer and she does not feel pity for him.

The actress revealed that instead, she wants to go on a shopping spree to pick up the best dress. “The paedophile uncle that violated me from the age of 11 and got protected by relatives including his mother and wife has stage 4 cancer. I do not feel an ounce of sadness. Instead, I want to go shopping to pick the best dress.” She said.

The paedophile uncle that violated me from the age of 11 and got protected by relatives including his mother and wife has stage 4 cancer. I do not feel an ounce of sadness. Instead, I want to go shopping to pick the best dress.

Fans flooded her tweet with comments consoling her for the traumatic experience she endured and said good riddance to her uncle, some also said karma is paying him back.

Please do. Karma has served. Pray you have healed.

What a clap back by bro God.. I'm so sorry you were violated. 🤗

On Tuesday, Flo Masebe and actress Rami Chuene lashed out at sexual predators who are destroying careers in the local entertainment industry saying their day in court is coming. This came after media mogul in the US Harvey Weinstein was found guilty of two felony sex crimes after a Manhattan trial. The former film producer faced several allegations of sexual abuse and harassment from women whom he promised fame in the film industry but allegedly abused them sexually.

Flo said when women are ready to speak out about abuse in the industry, she will support them.