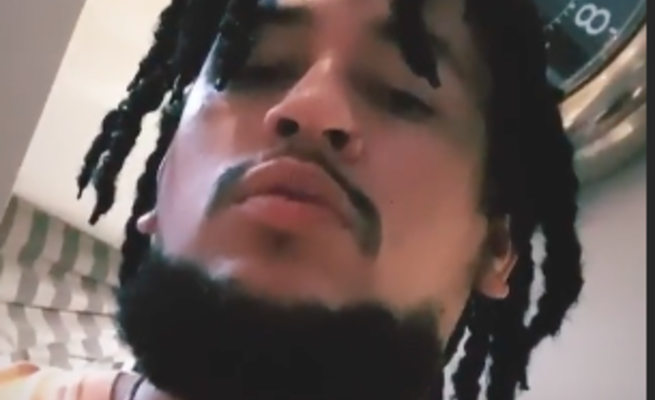 Rapper AKA has switched up his looks once again.

The Fela in Versace hitmaker, who ditched his yellow-blond hairstyle for wet curls not so long ago, revealed his Travis Scott-inspired look on Instagram Live on Wednesday.

In a now-viral video on Twitter, the rapper can be seen shaking his dread-like hairstyle to Chief Keef's 2012 hit Love Sosa.

“My hair was getting way outta control. I had to make a move eventually,” said AKA.

Thank you. 😁 My hair was getting way outta control. I had to make a move eventually. https://t.co/Ug4re4CAgJ

The video has garnered more than 40,000 views and received mixed reactions from his fans and critics.

While many were loving the new look, some were not convinced that it was his best look yet.

Here is a snapshot of some of the reactions.

I dig the new look my broer, but neh maan your a groot man ,Your actually kinda late for that .
But it looks ncaa on you no cap

How old are you again?