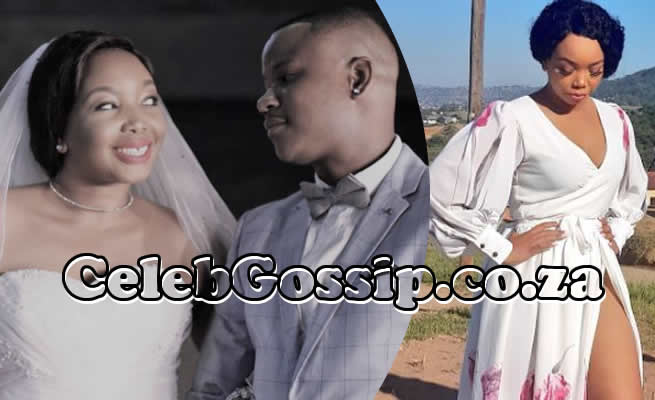 South African celebrities really turned up the charm this Valentine's Day but one person who managed to get the masses talking is Thembisa Mdoda. The presenter and actress diverted from her usual when she showed off her husband for the very first time.

We've known for a long time that uSis Thembisa is in a happy and healthy relationship, but for an equally long time we didn't have any idea of who the lucky man in her life was.

This all changed on Valentine's Day when the former Our Perfect Wedding presenter showed off her very own perfect man for the first time ever. And we have to say, we are extremely happy for Ms Mdoda!

It seems as if things are not only going well for the lovers romantically, but they are enjoying good fortunes in their respective careers too. Thembisa also revealed that both she and hubby found themselves among the SAFTA nominees:

Speaking to the press earlier this year, Thembisa revealed exactly what it is that she loves about her man when she said, “I think we met at the exact right time, you know, when everything was just coming together. That is very scary because I was like: 'I'm focusing on my career and my kids' and then it just happened. You know when it just hits you and you are like: 'oh cr*p'. But he's incredible and amazing human being and he boyfriends really well."

Before Thembisa delved into this new marriage, she was previously married to Atandwa Kani whom she divorced in a messy break up.

Following the breakup with Atandwa, Thembisa Mdoda later finally opened up about the drama involving her and her ex-husband, Atandwa Kani, in an interview with Anele Mdoda, her sister. Though the two fought on Twitter, Thembisa said it was not always the case in the first two years of their relationship. In fact, her mother was the one who told her Atandwa was “the one” when she met him.

The two met in their first year of university at Wits and became close friends who studied together.

“He and I, we went through all those teething things in trying to make this career, in trying to find out where we belong in this dramatic thing,” she told Anele.

When trouble began, it was never a question of whether they loved each other, because they did, she said. They both struggled to keep up with the change, and the question of who would compromise and follow the other caused the conflict in their relationship.

“I remember the first two years of varsity, I was Atandwa’s girlfriend, and then I grew into an actress, and I stopped being that person. In my mind, there was a change, there was a shift, and I think in all my life that I’ve known Atandwa, I think there’s always a shift and a change and a gear, but someone was always one step behind.”