Popular Malawian prophet Shepherd Bushiri of the Enlightened Christian Gathering (ECG) church is in the eye of a storm following adultery allegations. Zimbabwe former deputy Minister of Finance and Economic Development, Terrence Mukupe has accused Bushiri of having an adulterous affair with his wife. According to Mukupe, the “Man of God” not only had an adulterous affair with his wife, but he is the one responsible for his wife’s pregnancy.

Major1, as Bushiri is affectionately known by his followers, furiously denied the salacious allegations and warned Mukupe that he should fear God.

Bushiri categorically denied the allegations and warned Mukupe that he is going to sue him and drag him to the cleaners if he does not retract his allegations. He went on to highlight that he has an impeccable record when it comes to suing people and publications who besmirch his name. Bushiri added that Mukupe risks suffering the same consequences.

It is not in my nature to respond to allegations levelled against me. However, it has come to my attention that Terence Mukupe, a disgraced former deputy minister in Zimbabwe has made false allegations that I am responsible for his wife’s pregnancy. The basis of his allegations are screenshots of chats and messages purportedly between me and his wife. 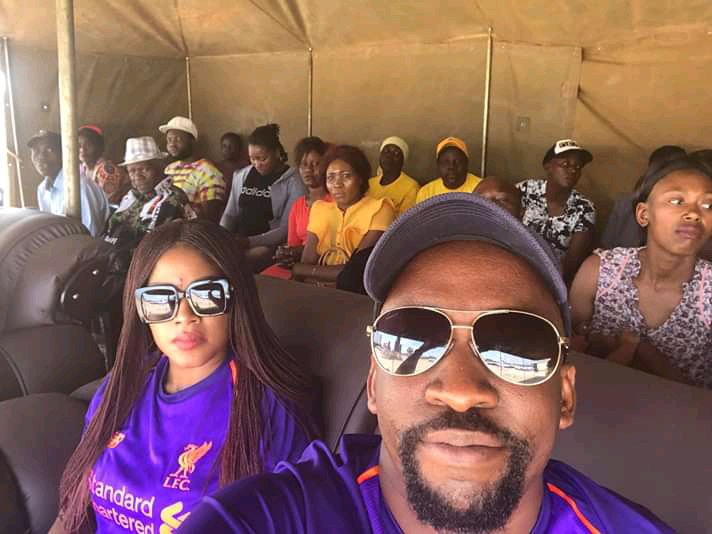 For the purposes of clarity.

I am not on WhatsApp. Neither am I on iMessenger. This has been the case since late 2017. Those with access to me will know this. Those who do not, please stand guided, I AM NOT ON WHATSAPP or iMESSENGER. I have not been for 3 years.

Secondly, I have not traveled out of South Africa in the last 13 months, and therefore have not met this man’s wife in Malawi as he believes. This ought to be public knowledge. Thirdly the contact number in his pictures is NOT mine and has never been mine. Therefore whoever was speaking with this man’s wife isn’t me.

Given all this, it is therefore impractical and impossible for his allegations to be materially true. The bible teaches us to forgive and ignore, but there also comes a time when those that make defamatory and highly damaging allegations about others must face the music of their choice.

I therefore call on Terence Mukupe to respect his wife, his marriage and his children. For him to tell the whole world that his wife was impregnanted by another man paints him in bad light but also opens his wife to all forms of abuse.
A man has a duty and obligation to protect his wife and Terence must not open her up to abuse and name calling.
I call on him to respect my family and everyone else. These false allegations stay on the internet forever and will harm many lives. If they were true it would make sense. But these are lies.

To sue him, win and take money from him would be unfortunate, as his already doing all this to me for money. Sir, fear God! 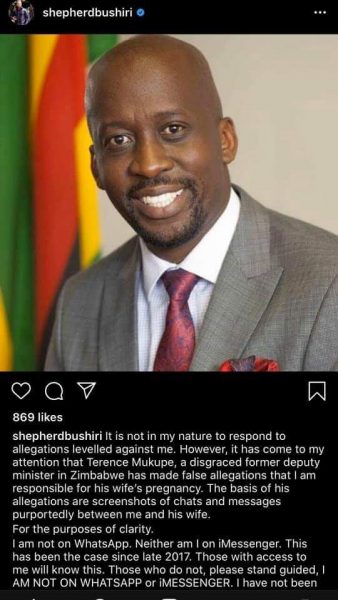