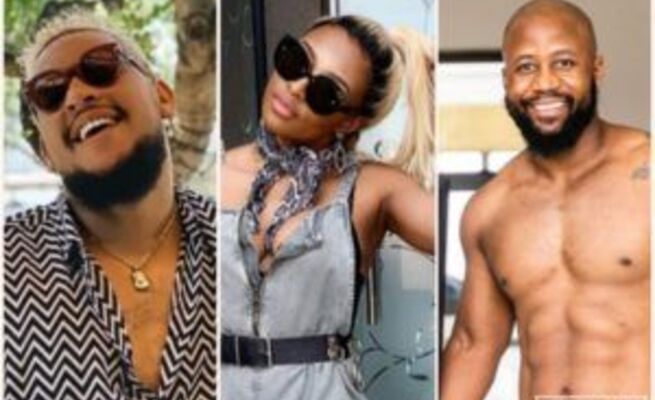 Twitter always has the next big thing in mind and this time one of DJ Zinhle's fans is convinced that she needs to consider doing a song with the one and only Mufasa!

Everybody who knows their SA celebrity news knows that Cassper and AKA aren't buddies. Most people also know that DJ Zinhle is AKA's baby mamma and recent ex-girlfriend.

However, DJ Zinhle and Cassper have had no love lost between them and even with all the drama that has happened around them, they have never displayed any bad blood.


This is probably the reason why this follower thought it best to suggest the collabo on Zinhle's TL.

It didn't seem like DJ Zinhle was opposed to the idea, even though some of her fans were.

The DJ didn't explicitly express her opinion – if she has any – on the matter but she did have a nice laugh over the tweet.

LOL! It wasn't the suggestion she found hilarious but more how it was phrased.

The guy said: "How about a Cassper Nyovest featuring DJ Zinhle track? Something new and fresh. Something confusing . Something that will wake the dead."

My brother uthi "something new n fresh.." but I died 😂🤣😂😂😂😂😂😂when you said "SOMETHING CONFUSING, SOMETHING THAT WILL WAKE E DEAD"

Please post a video for me and say exactly what you tweeted.. Ngiyakucela. 🙏🏾 https://t.co/eC4B43CFLY

Do you think Cassper and Zinhle should consider gifting Mzansi with a jam together?