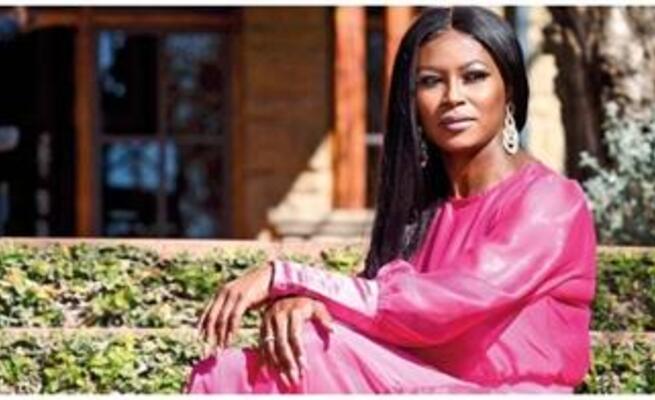 Real Housewives of Johannesburg Season 2 cast member Brinnette Seopela is desperate to have a baby and is looking forward to the day when there will be a bun in her oven.

This came to light when she visited the MiclnGrace Studios at Bryanston, north of Johannesburg, on Friday where she opened up about her deep desire to have a child – something she believes will spice up her new marriage.

She spoke in an interview with Grace Norman on the Oh Gee! Show. She revealed that she was feeling very broody and longed to have a child of her own.


The 40-year-old reality-star-turned businesswoman is her parents’ only child. She says that she was feeling that time was against her.

“I am feeling so broody, I feel I am getting old. As an only child I also feel pressure to make my mother a grandmother. She has been telling me how happy she would be to be a grandmother,” she said.

Fresh from a toxic marriage that lasted only five months, Brinnette is still mourning after losing an early pregnancy.

She discovered that she had lost her baby a day before she got married.

“One minute I was pregnant and happy, the next the baby was gone. I have never felt so much pain in my entire life. I felt as though a part of me was taken away from me. My whole world crumbled before my eyes,” she said.

Seopela is picking up the pieces of her life and is in a new relationship with a man she says she adores.

She said she is so desperate to be a mother that she was even thinking of doing in vitro fertilisation (IVF). She said, if that failed, she would adopt a baby.

“I do not know if he wants a baby or not. If I do not have a baby this year, I will definitely have IVF. If that does not work out, I will have to adopt a baby. If I adopt, I will adopt a baby who is literally a few weeks old. I have seen it all and I have had it all. The only thing that is missing now is a baby.”

She said that, because she looked so unhappy during her wedding, people thought that she did not like her ex-husband, but the truth was that she was grieving her loss.

“Some people even went to an extent of saying that I didn’t like my ex-husband, I was just getting married to him for his money. Others called me a gold-digger. What people don’t know is that I grew up in money.

“My parents were rich. We owned a tavern; we were the first ever people to own a tavern in Soweto. We were the only business that was directly supplied by SAB in the township,” Seopela said.