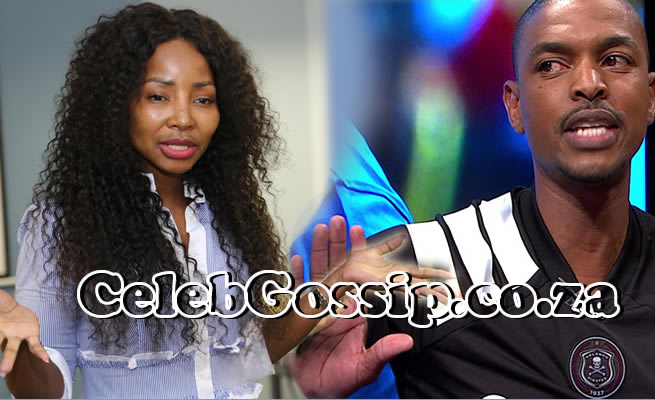 Former Orlando Pirates striker Phumudzo Manenzhe has separated from his wife Leah after discovering that she was married before they met and has a child with her former husband.

As if that is not enough, the SABC soccer analyst has also allegedly discovered that his wife lied about her age. The two have since separated and are now living in different suburbs in the south of Joburg.

The explosive details, which were covered in a veil of secrecy, were revealed to Sunday World by a relative who is desperately trying to save the couple’s faltering marriage.

Leah confirmed to Sunday World the separation but dismissed as untrue allegations that she withheld information about her previous marriage and the existence of the child from the star, who also previously played for Bidvest Wits as a centre-forward.

Leah said in a statement: “I had a beautiful marriage and I remain proud of the role we played as a couple in building a solid home for our kids. Phumudzo will remain the best part of me, and I will cherish each moment shared with him. Our kids are now my priority, and given their young ages, I refuse to speak ill of Phumudzo or defend anything negative and many other malicious reasons he has been spreading.

“Our union was full of love; and I choose to hold on to that. I was previously married and had a son from the marriage, that was never a secret.”

Manenzhe refused to share the details with us. “This is a private matter and for the sake of my kids, I prefer not to discuss it,” he said.

The next of kin, who did not want to be named for fear of reprisal, said Manenzhe, 36, complained that Leah did not disclose to him when they got married in 2009 that she was married before she met him and that she has a son with her ex-husband.

“He only discovered last year around November after living with her for 10 years. He is so devastated. He has also discovered that she was seven years older than him.”