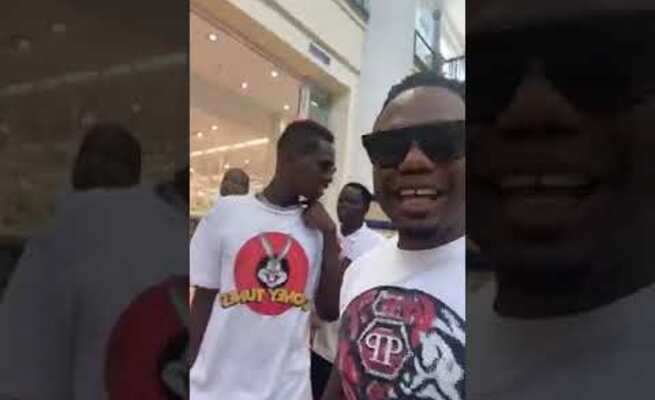 Fans are ready to cancel musician Duncan after a video of him proposing to a young woman and getting rejected was shared on social media.

In the video Duncan is seen approaching a table of young women, along with some other artists, including DJ Tira.

One of them looks shocked and stands up to speak to Duncan, before the muso gets on his knees and proposes to her.

But sis was a little too extra and fans weren't convinced it was for real. They were sure it was a publicity stunt to draw attention to Duncan's career and new music.

Even radio star and DJ Lerato Kganyago called BS on the video.

“Her actions were over exaggerated … too much acting. Don’t buy it,” she told fans.

While Duncan hasn't responded to the claims of it being staged, the Twitter courts have ruled and malume is cancelled.

Check out some of the reactions:

#Duncan judging from the facial expressions of the friends, you could tell that the proposal was gona go south pic.twitter.com/4FsTRs3vnG

He was trying to seek for attention but it end up wrong pic.twitter.com/DiKy6VoxST

Chances are there’s a song coming. Who is Duncan anyway? https://t.co/fLeIALsAz8

Tira probably whispered to the other girl “ it’s an act”.

They should have staged and rehearsed this disaster..