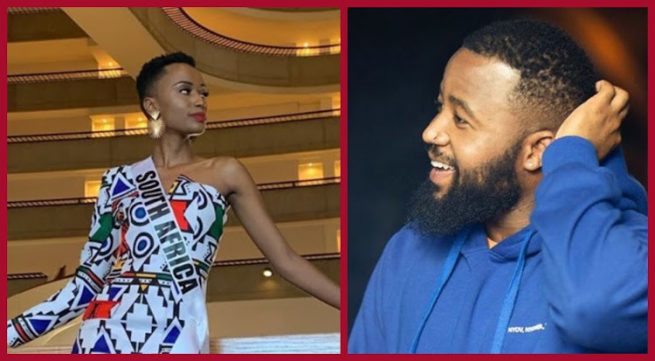 Miss Universe has downplayed the possible crush Cassper may have on her.

Miss Universe Zozibini Tunzi has downplayed the apparent crush Cassper Nyovest has had on her since the night she was crowned in Atlanta, Georgia, in December last year.

Since her crowning, the Baby Girl hitmaker has been showering her with compliments on social media, leaving his followers concluding that he had a crush on her and wanted her attention.

The two finally met on Wednesday when Tunzi was announced as a Samsung ambassador, along with Bonang Matheba and Cassper.

“She looks like a dream in real life,” said Cassper.

Responding to Leanne Manas on Thursday morning, Tunzi said maybe it wasn’t a crush that Cassper was expressing but support.

“One talent showing support to another talent,” she said.