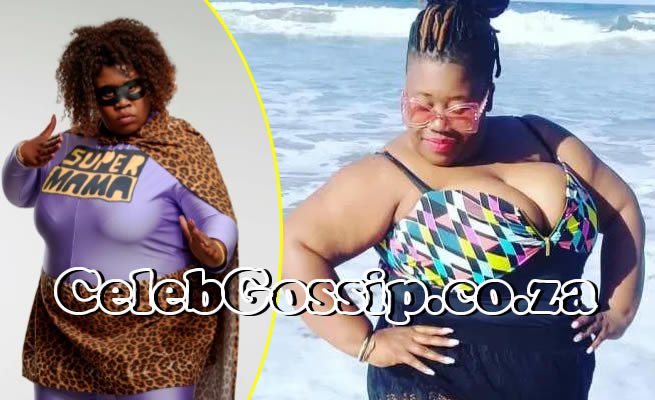 Lock Down actress – Nomsa Buthelezi surprised many when she revealed that she was and always has been a lesbian. The news came after she posted a picture of her partner on Instagram.

In previous interviews, Nomsa revealed that it was never a secret that she dated women, it’s just that she never made her sexuality public.

Speaking to Isolezwe at that time, Nomsa revealed that since she was young, she was never attracted to the opposite sex and couldn’t understand why.

Meanwhile, Nomsa has had enough of people in the world of showbiz who put others down.

Nomsa expressed her discontent of the treatment of industry folk on Instagram saying that whoever tried to make her feel inferior will be disappointed as she was content with who she was.

“In this industry, one can make you feel inferior because they themselves are empty inside, shame souls. I'm Nomsa Buthelezi-Shezi. I'm content with myself and I don't need to kiss your toes to make you like me.”

Nomsa is no stranger to backlash, in 2018 Nomsa spoke told TshisaLIVE about how her children had to develop a thick skin because of homophobic people bullying them over her sexuality.

Before marrying her partner Zandile Shezi last year, Nomsa had to come to terms with her children being affected by her sexuality.

“My children and I have a very open relationship and we talk about everything. They understand my sexuality. Yes, they were bullied at school but my children made the other children understand that 'hey! If your mother has a husband, then my mother can have a wife and that's that.”

Even after waiting to reveal her sexuality due to the fear of being rejected, Nomsa said she was trying to navigate life and be part of the LGBTQI+ community.

Nomsa became a fan favourite as a presenter on the hit wedding show, Our Perfect Wedding, but soon after she came out about her sexuality she faced harsh criticism with people that she was “claiming to be lesbian” for publicity.

After making a decision to live in her truth as a gay woman she told TshisaLIVE she's never been happier.

“Living in your truth is not for the faint-hearted. You battle with yourself first and just when you gain confidence, you battle with everyone else who is against who you are. When I came out, and even today, people said it's because I wanted attention as a celebrity. I was cursed, insulted and every second word felt like I was being spat on.”