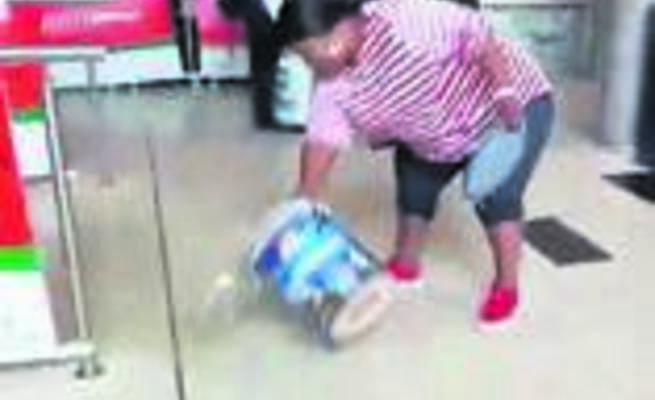 FOR months, a couple has been living with the smell of poop in their home.

They repeatedly reported the matter to the Polokwane Municipality with no success.

On Tuesday afternoon, the gatvol couple from Flora Park in Limpopo went to the municipal offices with two 20 litre buckets filled with sewage and emptied them on the floor.

In a video, they can be seen walking into the municipal hall with the buckets and quietly walking out. They were caught by security guards but were released.

“We understand their frustration but the manner in which they expressed it is not commendable. The matter has been handed over to the municipal community safety department,” he said.

Mothapo said the municipality would have to completely remove the trees from the yard as their roots were damaging pipes.

He advised the residents not to plant trees along municipal sewerage pipes.