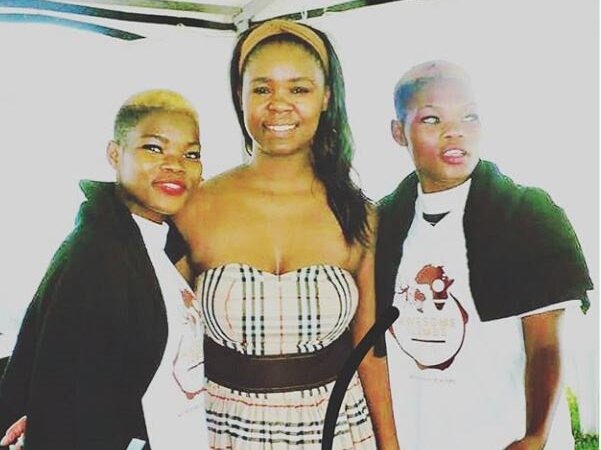 THE girl with the guitar – that’s the image that comes to mind when one thinks of songstress Zahara. But now she’s changing that by adding acting to her CV – the multiaward-winning singer is set to star in a local film titled Mbali.


The hit-maker, real name Bulelwa Mkutukana, is excited about this new chapter in her life. “I just can’t wait,” she says. “I won’t lie, I’m nervous. But I know it’s in me.”

As a young girl growing up in an informal settlement, Phumlani, in the Eastern Cape, her mother, Nokukhanya, would say she was going to become either a comedienne or an actress.

“I used to teach other children how to act. We used to call it ‘sketch’ then so I have it in me,’” she says with a laugh.

She also got her nickname, Spinach, in those days. One of her fondest memories from primary school was when she was Snow White in a play.

“I don’t even remember when that was.”

The 31-year-old Ndiza singer admits to having the jitters stepping into acting with this role.

“I’m more nervous when I think about the people I’ll be sharing the set with,” she says.

“Sis Nambitha and I are the main characters. Oh! Nkosi yam’ I’m excited and nervous at the same time.”

Among her co-stars are acting veterans Nambitha Mpumlwana, Luthuli Dlamini and Lucas Sithole.

Zahara says this is just the beginning of her acting career.

“I’d like to explore this further. But films only, not series.”

She has little worry about how the public might perceive her but believes “it’s best to try new things, expand and grow than not doing it at all”.

Zahara isn’t about to give up her first love: music. Mgodi, her album released in 2017, was a personal account of her journey and struggles.

“When I do an album I tell my life story. It’s not about recording songs and trying to get a hit for me,” she adds.

“You know what I’ve been through. I always have my journal. Writing my life story is healing for me.

“When I write my songs, my intention is to remind those who are listening that they’re not alone.

“You’re not facing troubles alone. You can actually get out.”

Zahara says she can’t go without writing and believes in putting every experience on paper, especially the ones that could’ve destroyed her.

Her struggles with alcoholism, heartbreaks and allegedly being robbed of millions by her former record company are just some of the things she’s gone through.

It’s said Zahara’s bad publicity over the years was behind Qwabe family choosing Tira over her.

But Lawrence Qwabe, the twins’ dad, said the family had no problem with Zahara.

Explained Lawrence: “Tira gave us advise and we concluded it was the right thing to hand our daughters over to him.

“We don’t have a problem with Zahara. It’s just that we couldn’t communicate properly with her. I saw people writing bad things about her proposal of working with the twins on social media, but we didn’t look at that.

“Tira gave us the best advice and we see the results. My twins are travelling the world and doing well. We don’t regret choosing to work with him.”

But an insider insisted Zahara was ditched because of her negative publicity over the years.

Said the mole: “The twins’ family held a meeting and ditched Zahara because of media reports about her boozing too much and her fading career.

But she’s not about to crumble, though, she insists. “It’s all thanks to God that I’m still here,” she says. “People still love me and my music.”

She’s looking forward to getting back into studio as soon as she can find the time. “I have a book full of songs.”

She has upcoming tours of the United States, Canada and the United Kingdom booked, as well visits to other African countries.

Then there’s her residency at Emperors Palace in Johannesburg which starts in April, so she’s a busy lady.

“Maybe I’ll be going into a studio in May and hopefully by August or September the album will be ready for release,” she says.