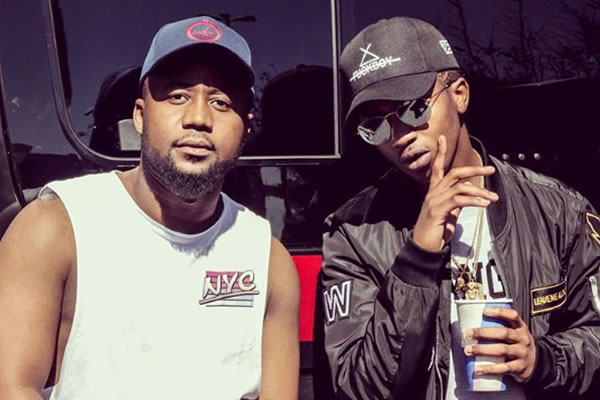 After a couple of years of beefing, Mzansi's MVPs Emtee and Cassper Nyovest may soon come together on a song.

With the dawn of a new year and fewer beefs, the two have got the streets calling for a collaboration.

After Emtee dropped two tracks that fans considered his “comeback” to the music industry, Cassper revealed that he wanted to collaborate with the Roll Up hitmaker.

He took to Twitter to share his thoughts on the collabo and got fans excited about the idea.

“Me and Emtee repping SA hip hop on the top ten charts right now. Maybe we need to link up and do what's best! Anybody wanna hear an Emtee and Cassper Nyovest record?”

Me and Emtee repping SA hip hop on the top 10 chart right now. Maybe we need to link up and do whats best!!! Anybody wanna hear an Emtee and Cassper Nyovest record? RT RT RT #GoodForThat pic.twitter.com/2dJ03VeWpE

The beef between the pair started in November 2017 after Emtee lambasted Mufasa for not giving him enough respect and accused him of trying to score cheap points at his expense.

The rappers' feud continued for most of 2018 and, in November that year, Emtee shared an InstaStory in which he dissed the Tito Mboweni hitmaker.

But Cassper wasn't moved by Emtee's shade and clapped back, saying he'd like him to perform at Fill-up in Durban a month later.

Since leaving his previous record label, Ambitiouz Entertainment, Emtee has been patching up relationships with fellow rappers.

Though they haven’t gone public with their peace, the musicians have been showing support for one another musically.