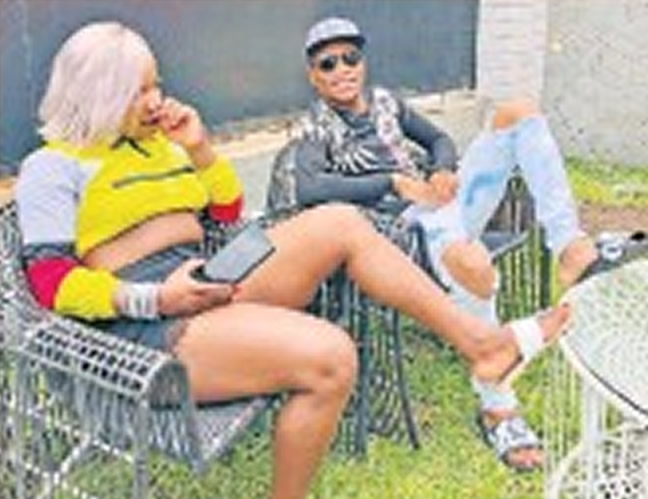 Award-winning musician Master KG and Makhadzi have kept their romantic relationship a secret for years.

Sunday World can exclusively reveal that the two Limpopo-born artists, who have now captured the national music scene, have been dating for three years before deciding to make their relationship public.

So inseparable are the two lovebirds that they have also teamed up to work on an album, earmarked for release in June.

These details were confirmed by Master KG during an interview with Sunday World, hours after he was surprised by his record label, Open Mic Productions, with a platinum plaque for his hit song Jerusalema.

Master KG, whose real name is Kgaugelo Moagi, accepted his first plaque since venturing into the music industry at the Metro FM studios in Auckland Park on Friday.

The elated artist told Sunday World he always wanted to make a mark in the industry. He said the award came at the right time, when he was celebrating his birthday.

“I’m very happy about this achievement. It means everything to me and I couldn’t have asked for a better present,” he said.

However, it was his shocking confirmation that he and the Matorokisi hitmaker have been hitting it off for the past three years, that nearly overshadowed the interview with the 2018 SABC Summer Song of the Year winner.

The Skeleton Move hitmaker said that he and Makhadzi had kept their relationship under wraps to avoid distractions as they pursued their music careers, and to protect themselves from pressures that might arise from their fans, noting they opted to let the cat out of the bag at the start of this year after realising that their music careers were stable.

“We waited for the right time to confirm the relationship, because we knew that timing was everything.

“We have now learnt to have our careers while also juggling the relationship at the same time. But it’s not easy because music still comes first for all of us,” said Master KG.

Despite their relationship blossoming and getting blessings from their fans, Master KG dismissed allegations of an impending wedding as lies.he said though their love was strong and maturing, they currently don’t have plans to get engaged or tie the knot.

“There’s no pressure and we are comfortable with what we have at the moment. Otherwise time will tell.”

As if the platinum plaque was not enough good news for the musician and producer, Master KG jetted off to France on Friday evening to commence a week-long European tour, which will see him perform at five top venues.