Home Celeb Gossip SAD: Trevor Noah abandons own mother – I had to find out... 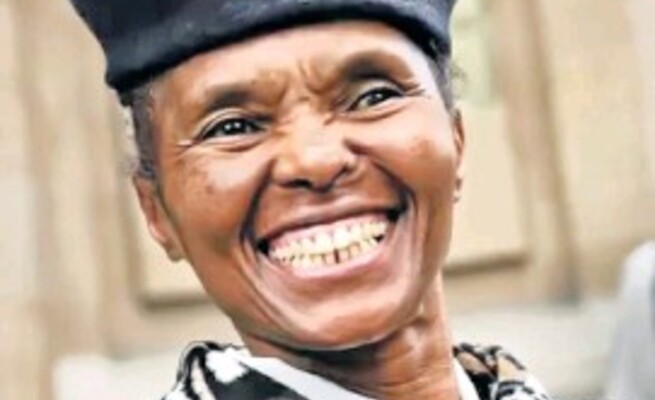 -Patricia feels abandoned by her son

-Mother learns from media about visit

Patricia Noah has apparently cited the silence between her and her son, stating that they do not communicate often.

As South Africa raves about multi award-winning comedian and international star Trevor Noah’s involvement in the charitable tennis match between champions Roger Federer and Rafael Nadal, along with billionaire Bill Gates, his mother Patricia learned of his arrival in South Africa from the media.

“Did you see there in the newspapers, in the internet? It says he is in Cape Town today [Friday]. He is in South Africa now?”

Noah is a world-acclaimed comedian who has also used his relationship with his mother profitably in a Netflix movie titled Son of Patricia, which netted him a Grammy nomination.

Shockingly, his mother had also confided in one of the officials close to King Goodwill Zwelithini, disclosing that she felt abandoned by her son who she felt had found a new family in New York. Noah is in Cape Town to attend an exhibition tennis match between tennis champions and rivals Federer and Nadal.

The aide said the mother said that she felt that Noah was now prioritising those who cook and clean for him in New York, and they have practically become his family.

Among her other frustrations with the Daily Show host, according to the official, Patricia also cited the silence between them, stating that they did not communicate often, and he sometimes goes eight months without talking to her. Patricia confirmed some of these details during an interview with Sunday World, but she said she meant them in a spiritual context – not literally.

“He is living his life in New York, and I’m living my life here in South Africa. I don’t have to be attached to him. He is running his business and I’m taking care of my business,” said Patricia.

She said she was proud of her son’s achievements, and does not need to talk to him every day to be part of his success. The businesswoman, who runs a property company, dismissed claims that she wanted to benefit from Noah’s success, stating that she does not call him for anything.

“I have my own money and business,” she said.