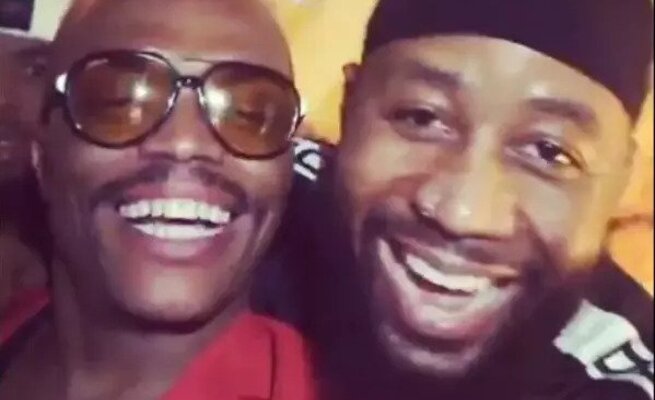 Somizi and Mohale's white wedding had everyone talking at the end of January.

The couple shared a few details about their big day, one being that guests were meant to wear white.

While we have to wait for the Showmax special to see the entire wedding, many who attended posted pictures of their outfits. And while most kept to the all-white theme, rapper Cassper Nyovest received some backlash from fans when he shared an image of his look – a black shirt and pants with a grey jacket.


Many accused the star of being disrespectful for not keeping to the theme, but on Tuesday Somizi defended his long-time friend, taking the blame for the blunder.

"One of my closest friends, Cassper Nyovest, got some flak for coming to the wedding dressed in a different colour to the theme. I just want to say that it was not his fault at all. It was my fault," Somizi said in a clip shared on social media.

He explained that he had asked Cassper to perform at his wedding, but their entire communication took place over the phone. "When he agreed to perform, I did not hand over the information to the wedding planners so they can send the same info that they're sending to all the guests."

Somizi also said that because of this mix-up, Cassper had some trouble getting into the venue. "So poor friend of mine arrives at the wedding, and the security is giving him problems, and he could not get hold of me because there were no phones allowed. I feel bad that he got attacked for something that he had nothing to do with. So please South Africa, understand that it is not his fault, it is completely my fault."

The Idols SA presenter then went on to thank Cassper for being such a good friend.

"Anything you Hneed from me. Anything! Anything! Material, emotional, or spiritual, or financial. I will be there for you, my friend, and I love you," he said.