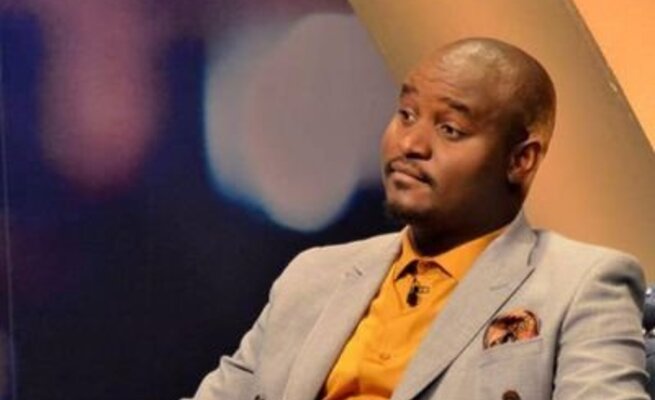 Gospel sensation Psalmist Sefako is accused by Jozi businessman Thabo Matji of harvesting his fiancee’s forbidden fruit behind his back.

Matji and his fiancee Baatile Sonyane ended their five-year relationship last month after accusing her of knowing the gospel star in a biblical sense.

Speaking to Sunday World, Matji said he discovered that Sefako was dating Sonyane when she visited the popular crooner at his Mamelodi house on August 8 last year.

This after Sonyane lied to him that she and her friend were going to see the friend’s cousin. “I expressed my concern about her conduct and she insulted me. On the 10th of August, I called a family meeting to resolve the matter. From that day, Sefako ceased to comment on her Facebook posts,” he said.

Matji said Sonyane met the singer in Mabopane in June. He said they met again behind his back on December 16 last year at Brilliant Baloyi’s show in Atterbury, Pretoria.

“After the show, they were seen going to a car together, something she is denying. They met again in Moletji, outside Polokwane in Limpopo, on the 24th of December. What was this relationship all about? Why was it so important to continue meeting with the guy even when I have already expressed dissatisfaction about it?” he asked.

Matji said Sonyane told her parents that she was dumping him on January 4. “On the

5th of January, Sefako resurfaced and started commenting on her timeline, what was he told? What did he know at this stage?” Matji said Sonyane broke off their engagement on January 6 after telling him that although they have been together for five years, she neither felt for nor loved him. He said when he confronted Sefako about the matter, he first denied knowing his fiancee, but later admitted to knowing her.

Sonyane confirmed that Matji accused her of cheating on him with Sefako but denied that she was rogering the artist. She said she and the Modimo Ke Lerato hitmaker were just having a platonic relationship.

She said that she wouldn’t date two men simultaneously because she was a Christian who abhors cheating and dishonesty.

“When I met this guy [Matji], he was everything I prayed and asked for from God. He met all the qualities I had wanted in a man but I didn’t love him, that is why I would not even kiss him. So I decided to break up with him.”