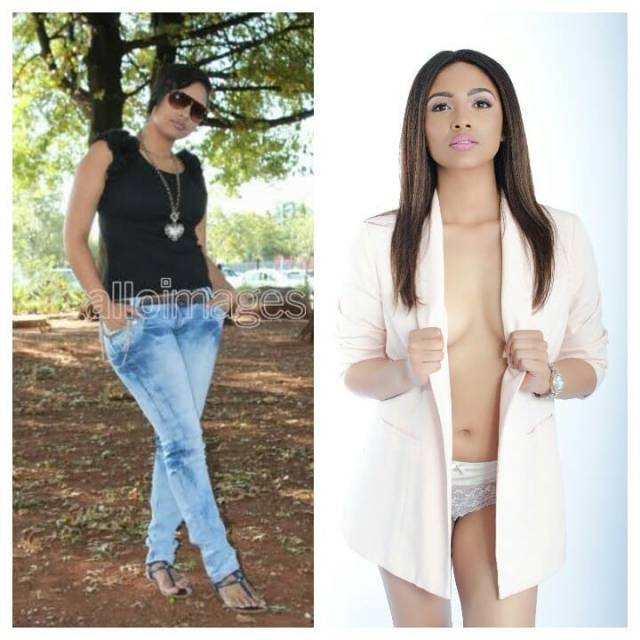 She knows just how tough it is getting back into the dating game. As a single parent juggling a new job and the daily demands of raising two children, JoAnne Reyneke barely has time to catch her breath.

“I leave before the kids wake up and come back home when they’ve already gone to bed. I have to explain why mommy is hardly home,” says the host of the hit show Single Parents Looking for Love.

Jo-Anne’s been single since her public breakup with ex Thami Mngqolo. Two years ago they seemed to have it all: thriving careers, a loving family and a glittering future.

She’d hoped to grow old with Thami and watch their kids blossom, but then it all came crashing down. There were reports the former Generations heartthrob had cheated, but Jo-Anne doesn’t want to get into the dirty details.

All that matters now is that she’s put it behind her and is finding her feet as a single woman, she tells us when we meet her for a catch-up at a studio in Parktown, Johannesburg.

She’s dipping her toe in the dating pool, but it’s been tough.

“There are no men out there. And the ones who are showing interest are just useless.” In her 20s dating was all about fun, she explains, but now that she’s a mother, Jo-Anne (31) has become more selective about who she gets involved with.

Knowing the pitfalls of trying to find the perfect partner, she was thrilled when Lungile Radu – who produces her BET Africa show – approached her to help single parents looking for love get back into the dating scene.

“It’s the story of my life. Before kids you don’t really care who you date. It’s easy to invite a guy to your house.Once kids are involved, everything changes.”

She may be back on the market, but she hasn’t met a man worthy enough to bring home. She doesn’t want to introduce her children, Uvolwethu (6) and Lungelo (4), to just any man.

“He has to tick all the boxes and at this moment, it has proven difficult.”

Back in the day, Jo-Anne and Thami were one of Mzansi’s It couples. Sparks flew when they met at a party in 2009.

“I mean, she’s gorgeous! We got talking and I thought she was a really cool chick . . . and extremely hot,” Thami told DRUM in a previous interview.

It wasn’t long before they moved in together. But if tabloid newspapers are to be believed, things started going south after Thami, who played Senzo in Generations, was fired from the popular show.

Jo-Anne has maintained a dignified silence around reports her ex had money problems and a roving eye, but in July she told True Love magazine their breakup was amicable.

“We just started slowly falling out of love. Luckily what we always had on our side was the great friendship we’d started off on. Thankfully, that never changed.” They’re still the best of friends. “I’m able to gossip with Thami. We gossiped and had a secret language,” she says, laughing.

“We were friends throughout the relationship and are friends to this day. Thami loves his kids which makes co-parenting even easier. Just the other day he was at home to spend time with them.”

You’ll never hear her bad-mouthing her baby daddy, says Jo-Anne, who was raised in Pietermaritzburg by her single mom after her dad left when she was quite young. Her mother, who she declines to name, taught her not to use kids as pawns.

“If he hurt you, don’t use the kids to get back at him. He hurt you, not the kids. “Whenever she referred to my dad, he was the love of her life. I only got to know the-not-so-good things about him when I was 20,” she says.

She has great admiration for her mom, who struggled to make ends meet. She sold pies in the street, second-hand clothes and cleaned relative’s houses to send Jo-Anne and her three brothers to good schools.

“Her most stable job was selling tombstones. But besides that, she cleaned people’s houses.”

Momey was so tight her mother couldn’t afford to pay her school fees in full. But Jo-Anne was such a good student she was allowed to complete matric. “I only finished paying my school fees when I started working,” she recalls.

After matric, she received a learnership to further her studies at Movietech Film & Television College in Durban. In 2009, she got her big break when she shot to fame as Pearl in Muvhango, kickstarting a successful career that’s seen her act in a string of soaps. Once the money started coming in, the award-winning actress made sure to give back to the woman who’d sacrificed so much to help her make her dreams a reality.

“I didn’t want people to say, ‘Oh, Jo-Anne lives in a big house in Johannesburg while her mother still lives in a shack’. I had to step in and take care of her the way she’s been doing for me. “

We send my mom R2 000 every month. It’s only fair. It’s true that you didn’t ask to be born but they (your parents) didn’t choose to be poor. If they did everything in their power to get you where you’re at, then they need to benefit from your success.”

She’s raising Uvolwethu and Lungelo with the same values her mom instilled in her. “Are you kidding me? Even if I don’t need it, they’ll have to make those debit orders,” she jokes. She spends all her free time with her kids, who love going to the movies. Her children are the light of her life, but she hasn’t given up on finding love.

“I want that one person who knows me well and with whom I’ll be comfortable telling my secrets. “I have two legs, but I want that third leg that even if I trip, I wouldn’t fall because he’s got me,” Jo-Anne says. Her last relationship taught her to value herself and that’s something she won’t compromise.

“You need to make decisions that are for me and I will do the same for you. The minute you fail to do so, I am out,” she says. The man of her dreams is financially successful and spiritually mature. She’s looking for someone who’s successful in every aspect of life.

“I won’t settle for anything less because that’s what I’m about,” she says.

“After everything I’ve been through, my tolerance levels are non-existent. You mess up once, it’s done.”