A wonderful love story is just an envy for many, everybody want to be loved, that has been so for Nandi and Mpho. 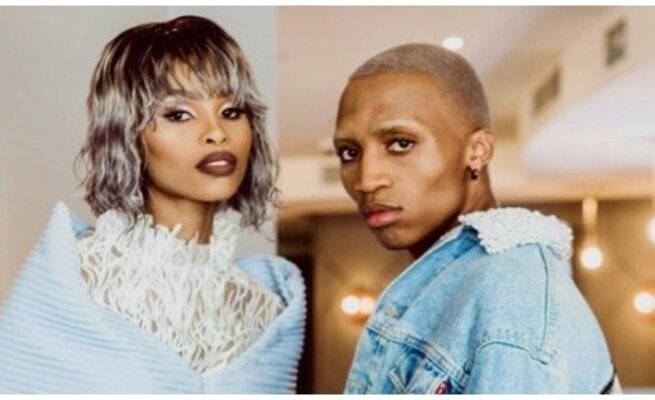 When the tabloids spotted the brewing love between Isithembiso actress Nandi Mbatha and junior creative director of Quiteria Atelier, Mpho Motsi, their instincts had been right.

It is now in the public domain, the two lovebirds are not keeping it under wraps. Nandi and Mpho met on the job and are still going strong.

"Nandi came to the Quiteria Atelier studio for fittings. We got talking and it turned out that we had a lot in common," Mpho told Drum magazine.

The happy lovers opened up on the favourite things they enjoy doing and their plans for this coming Valentine’s Day. The magazine had a brief chat with the two sweethearts.

What is your ideal date night?

Mpho: An ideal date would be a chilled walk in the park breathing in the fresh air and having alone time. Once in a while, I like to go out for dinner or a movie, keeping it cute.
What do you enjoy doing together?

Nandi: Mpho was a basketball player and I used to play netball throughout high school. So we enjoy shooting hoops together. It tends to be a little competitive at times.

What are your plans for this coming Valentine’s Day?

Mpho: The coincidence is that we will be in the city of love, Paris, for a Quiteria Atelier fashion show where Nandi will be walking the ramp. This is almost like a story line from a romantic novel.