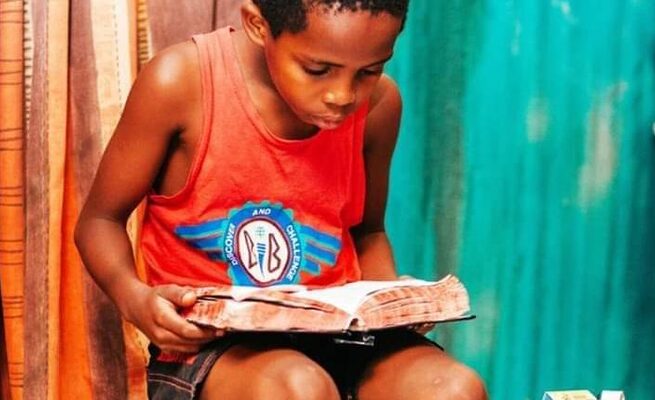 It took a loving sister, Magogodi, and mom, Palesa Litlhakanyane to inform him about the auditions and who helped him prepare for his scenes, now Litlhonolofatso is happy to be on TV.

He has a soft touch that can dissolve even the hardest of hearts, every time he appears in Scandal!, viewers can’t help but gush over him. Litlhonolofatso Litlhakanyane (10) could be a fan favourite, but the acting is just a means to an end for the actor who plays Tibi.

His long term dream is to grow up and be a renowned lawyer with a number of companies, to his name, each racking R15 million annually. When he achieves that status, he promises to give his mother, Palesa Litlhakanyane, a monthly allowance of R25 000.

Move recently caught up with the Grade 5 pupil between scenes at the Scandal!’ studio in Johannesburg, he was watching wrestling on TV when the Move team arrive.

DEBUT GIG
This is his first job and he gives deserved credit to his sister, Magogodi.
“My sister saw on Facebook that there were auditions being held for the role and she told my mom. My mom took me to auditions and when I got the part, they phoned her and she told me,” he said.
As 2019, drew to a close, Scandal viewers were introduced to the lovable character who kept on phoning Yvonne (Kgomotso Christopher), telling her that her mother was seriously ill and would like to see her before she dies.
He then made his first on screen appearance this month, and instantly stole viewers' hearts. He trends on social media daily, where users compliment his acting and the innocence in his voice.
His sister plays key role, informing him that he is trending on social media by showing him all the comments people are making about him. “People even ask me for pictures when they see me at the mall,” he said with a smile. But Lit Litlhonolofatso isn’t the only star in the family: his brother Tlonolo Tlonolofatso, who plays Thabo, is
in Scandal also.

FUTURE PLANS
The first prominent person he saw on set was Kgomotso. “I think Quinton (Brighton Ngoma) is so cool. In the future I would like to act in Fast and Furious and I will also make Ferraris and Bugattis. When I am old older, I’ll own two BMW X5s, two Golf GTIs and two [MercedesBenz] Kompressors. When I am late for work I’ll drive the fastest,” he said.

A LITTLE PRO
Litlhonolofatso told the magazine that he is looking forward to playing other roles in the future. “I like pretending I am Tibi, I like it when he has to be serious,” he said.

He then had to get ready for his next scene and he ran through his lines with his mother. He sat down on a couch with his head resting on his palms and reciting his lines. He was eventualy called to shoot the scene.

Like a pro, he takes direction from the production team as they shoot the outside scene. Side by side with co-star Sekoati Tsubane, they run through their lines before filming.