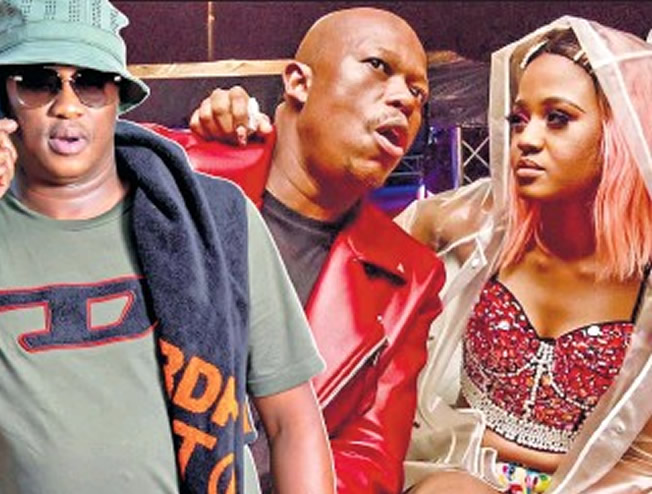 Moja Love’s refusal to accede to controversial couple Babes Wodumo and Mampintsha’s demand for financial compensation and a right to edit the episodes of their reality show, Impilo, resulted in the musicians interdicting the channel from airing the show.

The qgom artists obtained a court interdict in the Joburg High Court on Thursday to stop the channel at the 11 th hour from beaming the show which was supposed to have been flighted at 9.30pm.


Moja Love did not oppose the interdict after the channel’s no-nonsense boss, Aubrey Tau, refused to allow the couple to tinker with the channel’s production policy.

Moja Love’s lawyer, Simphiwe Shoba of Fluxmans Attorneys, confirmed the couple had obtained the interim interdict against the channel. He said the interdict would be challenged on April 22.

In the founding affidavit, Mampintsha said he had met Jub Jub Maarohanye, the show’s producer, on November 11 last year and they had agreed to collaborate in producing the reality show about his record label, West Ink.

He said the reality show, which would include day-to-day operations of the label’s business and his and Babes Wodumo’s personal lives, would be edited and produced as reality television.

“However, I had agreed with the first respondent that prior to airing on television as contemplated, I would be involved in editing the material that would eventually have to be broadcast as intended,” read the papers.

Mampintsha said although they didn’t have a written agreement, they started recording the show on November 18, completing it after six days.

He said the recording included quarrels between him and Babes Wodumo and other interactions with her. He also said Jub Jub allowed him to edit the first clip that he wanted to air on the channel to test the viewer’s appetite for the show.

The musician said he was surprised when Jub Jub published on Instagram a trailer clip of him and Babes Wodumo quarrelling on January 17 and announced that its full version would be aired on the channel on January 23.

He said he asked Jub Jub to remove the clip from Instagram and the presenter agreed to do so, but reposted the same video on January 23.

He also said he asked Jub Jub to sign a contract with him before the show could be flighted but he ignored him, noting that he tried in vain to call him to get an assurance that he would not include the adverse aspects of his personal life in the show.

The artist said he obtained the interdict after Jub Jub ignored his pleas to remove the clip from the social media and not to flight it on the channel.