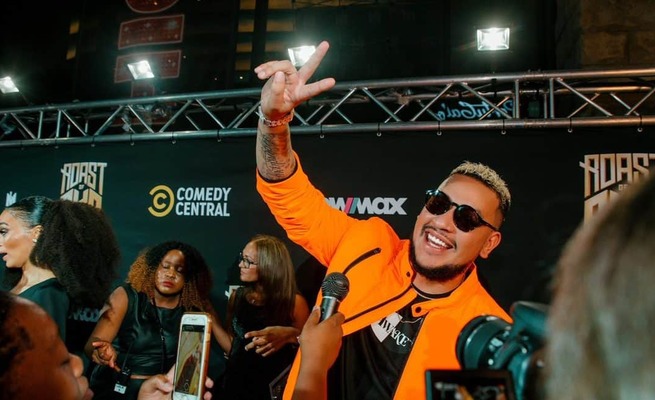 AKA has confirmed that he and DJ Zinhle are no longer together.

Twitter users sent DJ Zinhle to the trends list again on Thursday after a video of baby daddy AKA kissing an unknown woman surfaced on social media. The video that has been circulating has left social media users pulling the we-told-you-so card on DJ Zinhle.

It was unclear if the kiss happened before or after the breakup with DJ Zinhle.


AKA confirmed that he and baby mama Ntombezinhle ‘DJ Zinhle’ Jiyane called it quits after less than a year back together and weeks of confusing reports about the state of their relationship.

In an interview on Metro FM on Wednesday, AKA said: “It’s been a crazy start to the year, I had to go away. I went on holiday. I was just speaking off-air that I went on a very cold holiday. As people might have noticed it’s my first holiday being a single man for many, many years.

“It was a bit different but you know it was a boys trip and it was all about just re-centring myself for 2020. We have so much coming up this year. I’m just getting myself in the right frame of mind to continue to dominate the radio, the charts and everything else.”

The rapper was in South Korea with his brother and friends after the breakup and shared snaps of the trip on social media, while DJ Zinhle also went on a vacation to the beautiful Mauritius island with BFF Pearl Thusi and broke the internet with their bikini snaps.

Last year in March, they seemed to have rekindled the spark years after a public spectacle involving accusations of cheating, with AKA publicly defending now ex-girlfriend Bonang Matheba against Zinhle.

Matheba and AKA broke up, and AKA badmouthed her at every turn before going back to his baby mama.