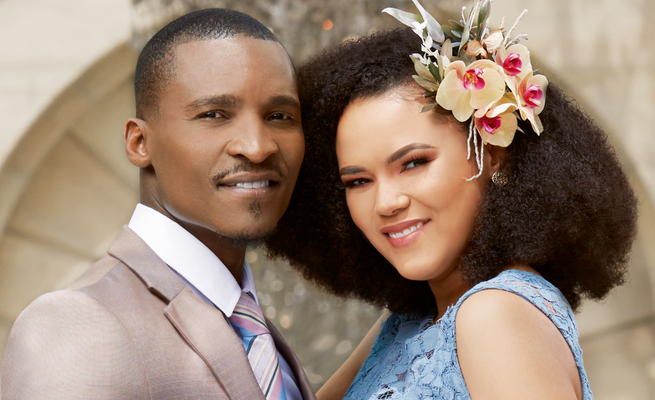 Seen as a match made in heaven, Shota and Phumeza are known to have defeated the odds and grown closer over the years.

In celebration of their milestone as a couple, Phumeza shared a heartfelt post on Instagram, saying they had a lifetime to go.

“Six years ago, on this day, we made our union official at home affairs [literally] and went home to celebrate with a few friends and family. Six down, a lifetime to go! Happy Anniversary baba weyingane!”

6 years ago, on this day, we made our union official at home affairs (literally😁) and went home to celebrate with a few friends and family. 6 down, a lifetime to go!Happy Anniversary baba weyingane!🥂😘 Pic for @jetclubafrica 😊 📷: @andilemthembu 💄: @nomsamadida 💇‍♀️: @peter_matlala #content #ownlane #ownvibes #ownpace #love #anniversary #marriage #lifejourney

In October, Shota and Phumeza spoke about the sacrifices they made to care for their son, Mpilo, who was diagnosed with eye cancer in 2014.

After the diagnosis, and witnessing him lose an eye to the disease, Shota and Phumeza were faced with a tough decision when doctors told them Mpilo was not responding to treatment and they had no choice but to remove his other eye.

In a recent interview with Drum magazine, Shota and Phumeza said after the surgeries their son received prosthetic eyes that cost R50,000.

Reflecting on the experience, Shota admitted that sometimes it was difficult to stay strong: “The house became so heavy. Sometimes I'd feel like turning around and not going home.”

Speaking to SowetanLIVE, the couple said they were stepping back into the limelight after a five-year hiatus, and things were much better at home.

Their son has been in remission for almost three years and has been accepted into Grade R at Holy Family College in Parktown, Johannesburg.