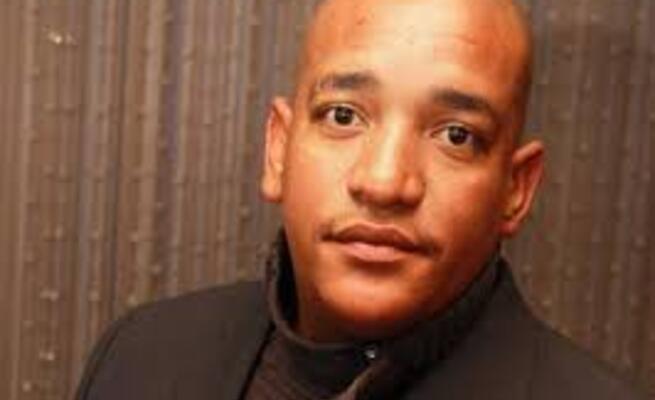 In the beginning of his speech, Mongezi said he and his brother found it hard to forgive their father. He said his father, real name Vukani Masinga, had been an absent parent and he had thought they would never meet.

“We hear how everyone speaks about how we should forgive our father but we will never, like… uhmm ever. I didn’t know my father but then I started snooping on him on Google and stuff like that, seeing some of his articles and then I actually started being envious of him,” he said.

The veteran radio DJ and music producer, who had stints on Metro FM, YFM and Ukhozi FM, died of natural causes last Friday.

But his speech turned around when he reminisced about the good moments in his father’s life and claimed he was a good person because people kept on referring to him as such. “I know dad loved us. He really, really loved us and hey, we love him also. But then we were angry at ourselves and our father was angry at himself because we are proud, we are proud people.

“I would come visiting long time, like a long time ago… so me and my brother thought we’d come to Joburg when we had something… Dad loved us and we loved him but pride wouldn’t let us be,” he said.

In a letter, his wife Sibongile Masinga said she was deeply hurt as she had lost her young daughter and now had lost her husband.

“We lost our daughter in November 2015 and that incident shattered our hearts, but it also got us closer. You stood up for me and defended me at every chance you got and I appreciate that about you. Kiss our baby, Yathinta Inkanyezi, for me and tell her that mommy loves her so much,” read the letter.

DJ Sbu and Manaka Ranaka were among the mourners.

He is survived by his wife and six kids.