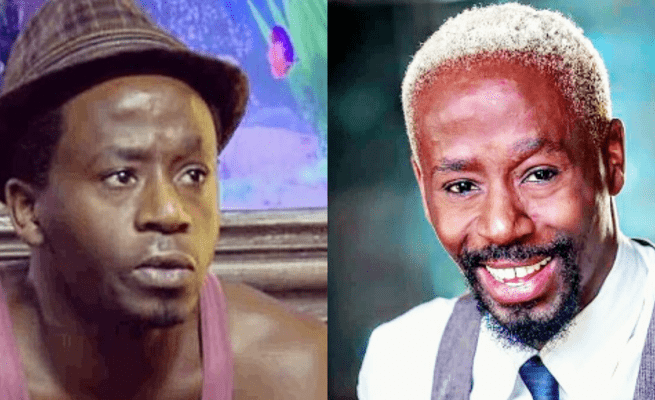 Tributes are pouring in for seasoned actor and child star Sibusiso Radebe, who died at age 37.

The news of Sibusiso's passing was confirmed by the star's manager, Wesley Mark Gainer, on Friday morning.

The star, best known for his roles on Backstage, Home Affairs and Gaz'lam, was diagnosed with cancer in late 2018 and spent much of last year undergoing chemotherapy.

His death came as a shock to many, and Wesley said those close to the star were heartbroken by his death.

Taking to social media, former child star Thobi Mkhwanazi shared a throwback picture of her with Sibusiso when they were younger, and said she was heartbroken to have lost two friends in two months.

“To have lost both Crazy Lu and Sbu, my former X-Attitude colleagues, both in a space of two months, is absolutely heartbreak, to say the least. You may be gone but never forgotten. Heaven has gained another angel.”

To have lost both Crazy Lu and Abu my former X-Attitude colleagues both in a space of 2 months is absolutely heartbreak to say the least 💔 You may be gone but never forgotten. Heaven has gained another angel #RIPSibusisoRadebe pic.twitter.com/TfCmiJWdN1

Using the hashtag #RIPSibusisoRadebe, fans flooded social media with their tributes to the star.

He lived his life and fought the fight and now he is gone. May the good Lord welcome your soul. #RIPSibusisoRadebe on the 1of January his Facebook post was "I wish all of you peace and so much love. You are one of the beautiful👼of God now. pic.twitter.com/KXKdQSQNnx

Thank you for sharing your art and love with us, watching you on screen and knowing you brought my own vision closer, you inspired, entertained and taught other black children in this country that we can achieve our dreams, rest well Sibu #RIPSibusisoRadebe pic.twitter.com/jBns9LmXtU

Fam,I'm touched at the passing of Sibusiso Radebe. Y'all would remember him as Vusi from Backstage. One of the greatest 'child stars' to have emerged in SA and a legend at his craft. You inspired many including myself & fought a good fight. Rest easy my King😢#RIPSibusisoRadebe pic.twitter.com/6ZsMFo4aVm

What a sad day! Sibusiso was such an enchanting character on Backstage. He was a role model to many #LGBTI people, especially the youth, who struggled to be open about their sexuality. One of my unforgettable on-screen crushes. You will be dearly missed. #RIPSibusisoRadebe pic.twitter.com/ZZXxADLhAJ

#RIPSibusisoRadebe such a great actor. As a kid I used to get so scared while watching backstage when his character had the “calling” and that woman would visit him 😂so much talent. 🕊🙏🏽 pic.twitter.com/Eu65oP0TAN