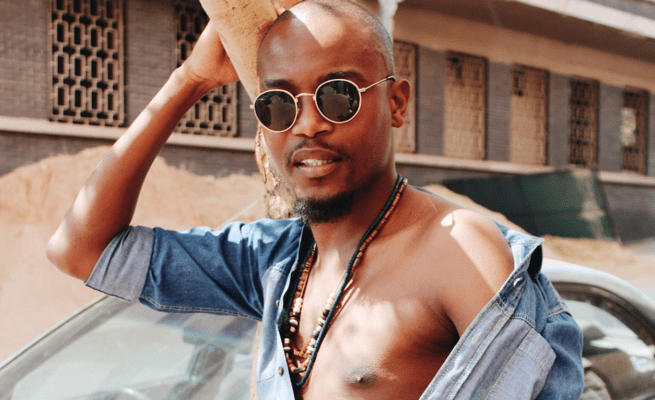 he entertainment sector is very tricky, it looks easy, playful, and fun, but also require hard work and perseverance in order to make it bid in the sector, sounds strange isn’t it?

It demands a lot of hard work if one need to entertain the idea of making it big in the entertainment industry and remaining memorable.

Move spoke to three celebrities who made some waves in 2019, they shared with the magazine habits that have made them successful.


1. Zodwa Wabantu
The controversial artist showed great determination, when she established her own perfume range, Touchable. This came after, her reality TV show ended on Moja Love, she didn’t stop there. In between gigs, a new business venture was in the making. She told Move, that it being as popular and talked about as she is, she has always told herself that she will not care what people say. “I always focus on myself and my surroundings. I protect my peace and pray too,”

Zodwa said. She surrenders herself to God and let him take control and she learnt not to try to charge of things that are beyond her control. “I have been able to make it in the industry because I maintain good relationships and that has led me to great opportunities for my career. I’m also willing to listen to those who present business opportunities, that is how I have made it to where I am,” Zodwa added.

2. Moshe Ndiki
For him, the year 2019 has been a great period for the all-rounder that he has become to be. Moshe began acting on The Queen, he landed a few presenting jobs, bought his mother a house and himself a car. He even got engaged to Phelo Bala- the love of his life he said.

What is the secret to so much goodness in one’s life, Move asked him, “Prayer, I pray about everything, I even pray for parking space,” he joked. “I am literally always in a conversation with God about everything. I pray to make it on time for work. Discipline and love for my work is also a habit I try to live by,” he said.
Moshe added that his success can also be attributed to his faith in the fact that one day things would work out well. “I always knew I would make it, I just didn’t know how. Everything that is worth having is not overnight, it is literally about waiting, being still in the middle of the storm. Now I can say ‘I did it’.”
He believes in hard work, he is always grateful to his ancestors, mother and principally to his Creator the Almighty.

She has been in the entertainment industry for some time now. Having started a successful career at YFM and moving onto Metro FM where she stayed for years.

Penny is currently a breakfast show host on Massiv Metro and a presenter on Moja Love, predominantly on a show called Kukithi La. She also boasts having had collaborative brands and is sometimes on the road going to MC’ing or speaking engagements.

Her journey has not been a toll in the field of roses, but it is one she never tires from embarking on. “I always avail myself. Every request or opportunity that gets given to me, I give it a shot. The beauty of working with a start-up is that you have room to try out things. You are not fixated with who you think you are or how people will perceive you.

“It has been about growing and being true to what I stand for which is to be a catalyst for conversations that take our country and people forward,” she said.
With all the wealth of experience in showbiz that many can envy, she said what has gotten her where she is, “To just do it again. It is to say, ‘yes I have done it yesterday and I will do it again today’.