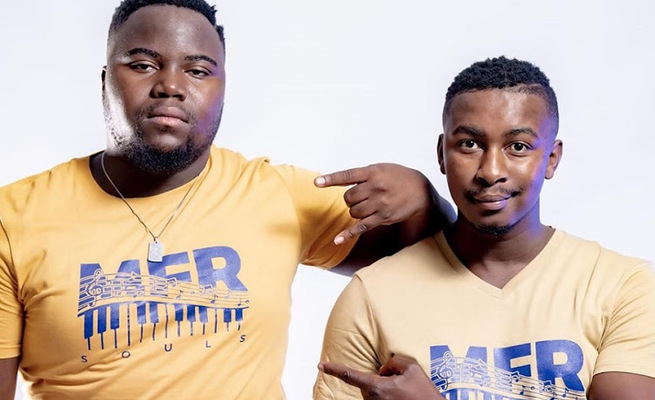 Fans from across Mzansi have united in prayer after members of amapiano group MFR Souls survived a terrible accident.

The Love you Tonight hitmakers were rushed to hospital after being involved in an accident on their way to a show on New Year's Day.

A picture of their badly damaged vehicle was shared by a page using the group's name on Facebook and circulated on social media.

The caption to the post read: “God is great guys. I can't believe we made it alive.

It was later shared by DJ Prince Kaybee, who said that he was on his way to hospital to see them.

A message on the group's Facebook page confirmed the accident and said the two group members, Tumelo Nedondwe and Tumelo Mabe, were “seriously injured”. It also announced that the pair would not be able to attend to any gigs until the end of the month to allow them to recover.

Social media was flooded with messages praying for their speedy recovery.

Among those was a message from rapper Cassper Nyovest, who shared his relief that the duo had survived the accident.

Let's pray for MFR Souls who where involved in an accident. pic.twitter.com/O0upEDKt7t

The gents #MFRSouls got into accident and man, I'm super grateful that they made it out alive. Praying for a speedy recovery for amagents. pic.twitter.com/9WSCi3GXxm