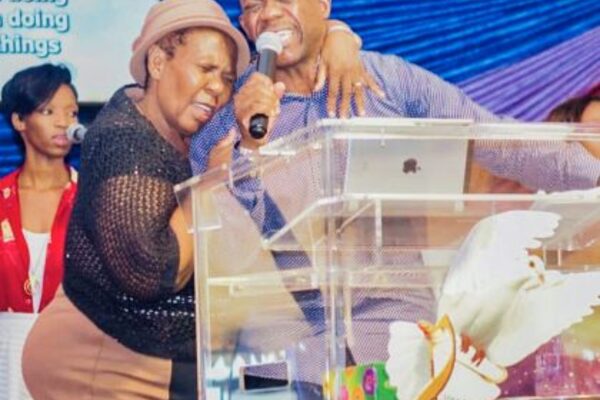 Pastor Grace Dube passed away on the last day of 2019, her son has confirmed.

Pastor Grace Dube, the mother of gospel music star Benjamin Dube and herself a gospel singer passed away on Tuesday, the last day of 2019, her son has confirmed.

The singer and minister has offered his late mother several tributes on Twitter, with others including Economic Freedom Fighters spokesperson Mbuyiseni Ndlozi offering social media tributes to the late pastor and singer.

In December, Benjamin tweeted that he was looking after his mom at her home in Meadowlands, Soweto, after she took ill.

“I thank God and my family members for her recuperation,” he said at the time.

Dube’s cause of death is not yet clear.

A life well lived. A life for Christ till her last breath! What a soldier.
Thank you for ukusiphilela Gogo.

we’ll sing on for you Gogo ❤️🕊🕯 pic.twitter.com/X5XJSUmzOF