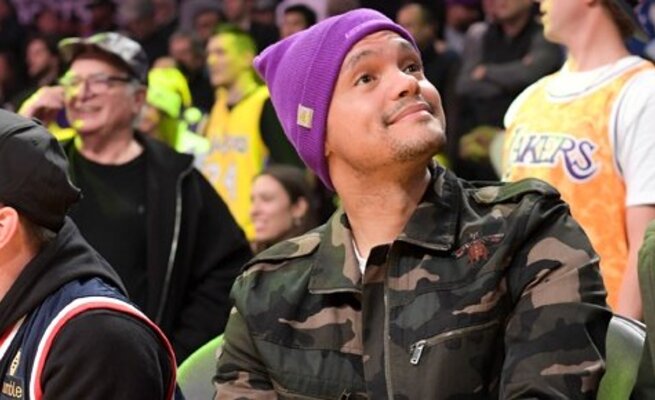 Seems like we're not the only ones who are mesmerised by Hollywood heartthrob Michael B. Jordan.

Sharing a picture of himself and the Creed star at a basketball game, Trevor Noah summed up our feelings perfectly when he wrote: "You try keep your train of thought when Michael B Jordan looks at you like this."

The duo met on the court at a Lakers game, and from the looks of things, seemed to be having quite an interesting conversation.

Rubbing shoulders with A-listers is just one of the perks of being Trevor Noah. The comedian can often be spotted hanging with the likes of Lupita Nyong'o and Kevin Hart.