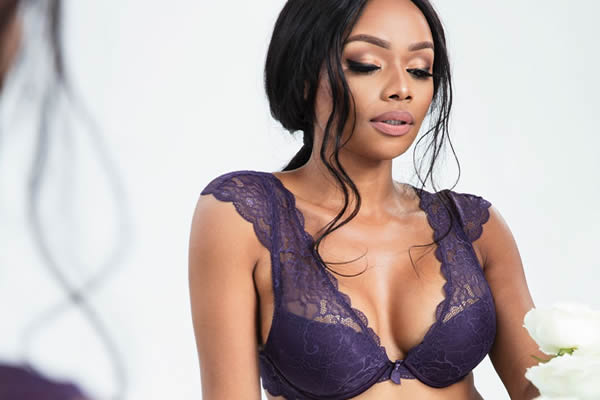 She has a hunger for success – and Bonang Matheba pr roved that 2019 was just the start of her global takeover….

Though rare, some people are multi-talented, she is an influencer, a businesswoman, reality TV star, and model all bundled into one, Bonang Matheba is a woman of all trades.

The year 2019 had a big year for her: from releasing her MMC, House of BNG, to winning the African influencer of the year category at the E! People’s Choice Awards. It’s safe to say Bonang – Queen B to her hive, the BForce – is winning at life.

In the coming year she is not thinking of slowing down, instead, she planning to keep up the momentum in 2020. She recently let Move magazine have a look on how she does it.

“Every day I take the decision to see through the things I’ve started, even though it is not always easy. I always remind myself why I started something and that drives me to bring it to finality.

“I believe success needs completion. At all times I want to be focused, to be conscious and hard-working. It’s important to appreciate the journey and to keep growing,” she said.

She hails from an educated family and hard work is something she has never feared. Given a chance to advise a young Bonang, she said: “I would tell her that the road ahead would be filled with ups and downs, people will say things about her, but she must just keep pushing and keep moving forward – there are great things ahead of her.”

Early into 2019, she launched her MMC, House of BNG, and it has become the official celebratory drink for some in the country, and soon she would be bringing out a new no on-alcoholic drink.

“I am very excited hat in the first quarter of 2020 we will be e launching the non-alcoholic drink. House of BNG is a very customer-driven brand. We read all the email send requests and people have been asking for the non-alcoholic d rink, so now we are giving it to them. We must give the people what they want, darling,” she chuckled.

She went to say it had become a national pride. “It has become more than a drink. It represents inspiration, aspiration, black girls and black excellence. It is an excellent brand people love and therefore they support it. lot of work has been put into the brand.

“It is three years in the making where we have zoomed in on the brand, the taste and the quality. People recognise and are owning it as t heir own,” she added.

Her feature film, Public Figure, is doing well, and that is a feat she is very proud of.

“There are still lots of things to be revealed soon. There are projects that are coming up, even on TV as well. My lingerie line w ill also have new items.

“I am also very excited about the Sun Met and House of BNG being the official celebration partner.”

The Sun Met takes place on Saturday 1 February in Cape Town, and Queen B is also the face of the event. “I am looking forward to hosting the biggest stars in the world,” she said proudly.

She is not a newcomer and has been in the industry for over a 10 years and it’s all due to her insatiable appetite to succeed. Though she’s achieved more things than most people could ever dream of, she’s still hungry for it all.

“I have a hunger to be great and it is addictive. I work hard, I make sacrifices because I want to be the best. I do not take anything for granted and I am grateful for it all. I have influenced pop culture with words like‘mo’ghel’, ‘give the people what they want’, and ‘we are within’.

“The world is changing, and people have a short attention span so when giving them content, you must be able to keep up with the demand. You cannot give people stale content. You also need to be in the moment and it can be authentic. With the many things I have done in the past, I have had the opportunity to learn,” she said.

Meanwhile, for her it would not have been possible to achieve what she has without the team she works with.

“I have a great team. My days are well-planned in advance and that has been an advantage. If you arrive at a commitment before time, half your problems go away. I [also] take my sleep very seriously. I sleep because I need to be fresh, I need the energy to perform at my best. I need to take care of my inside so my outside is also happy,” she said.

Bonang has been the influence behind many aspiring presenters in the past decade and a half, who want to be just like her.
Further cementing her place in South African celebville, she won the African influencer of the year category at the E! People’s Choice Awards in November last year. She described it as an honour.

“When you are up against the people who were in that category, you cannot help but feel honoured. I was more than happy to be nominated.

“Some of these people have triple the following I have, which means my people here at home had to do three times as much work for me to get the award,” she said.

She was nominated alongside rapper Cassper Nyovest and TV presenter Minnie Dlamini Jones. Nominees from further afield included Diamond Platnumz, Davido, WizKid, Tiwa Savage and Yemi Alade.
Upon getting the news of her latest win, Queen B said a prayer and shed a tear before sharing the news with her nearest and dearest.

“I actually had to sit down and take the moment in. I was at home with a friend. I said a prayer and I cried. It was only after that when I started to spread the news to family and friends.

“For me, this is a culmination of the work I have been doing in the industry for the past 15 years. It is wonderful to see the hard work that has been put in being rewarded.

“And I cannot thank South Africans enough. I win all these awards that I win because I have such a strong fan base. Everything I win is theirs. I must say, though, that I am finally enjoying the fruits of my labour.”

In May, she won the inspiration and influence award at the Global Social Awards in Prague, Czech Republic.

All work and no play would make Bonang a dull girl. She’s pleased that things are taking shape in her love life too. She keeps her cards close to her chest about the man in her life though, but she revealed that she is happy. “Oh, darling! What I can say is that all is well on the love front. We thank the Lord for that,” she giggled.