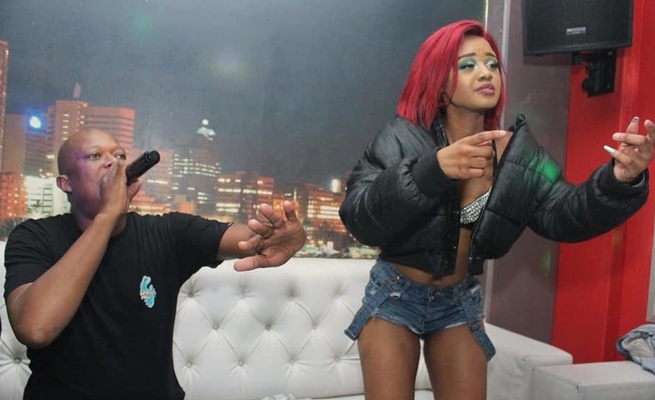 Local celebrities have taken it Twitter to express their concern for Babes Wodumo's wellbeing after a photo allegedly showing the shockingly slim artist went viral on some online platforms on Wednesday.

The photo, which has again triggered Babes and her record producer boyfriend Mampintsha to the summit of Twitter trends, reveals the gqom artist looking worryingly thin, sending many into the worrying mode, as to if she is okay.

Channel24 contacted Babes' sister Nonduh Simelane as well as West Ink Records to verify the genuineness of the trending photo, however no comment had been made available at the time of publishing.

Sometime this year, the couple's rocky relationship was thrown into the limelight after a video footage of a man, who looked like musician Mampintsha, was seen assaulting a woman, who appeared to be Babes, surfaced.

The couple agreed to go for relationship counselling following the unfortunate incident and rekindled their relationship.
Meanwhile, with the resurfacing of the recent trending photo of Babes looking thin, growing concerns for Babes' safety and health has hit the wires. Local celebrities have reached out on social media to express their worry, over one of their own.

"My heart really goes out to Babes Wodumo, and whatever is going on in her life. We have a culture of kicking a dog when it's down and almost celebrating people's downfalls. I really pray she has people that love her and will carry her out of this mess – honestly," Lorna Maseko tweeted.

Cassper Nyovest wrote: "Babes is still an amazing talent. Her personal issues have only ruined her name but not her talent. That, you can never take from her. That girl is and forever will be a superstar. I would still book and pay Babes rate."

She’s definitely talented….. hence I hope her community rallies around her and steps in…. https://t.co/TRbZ3jUQZE