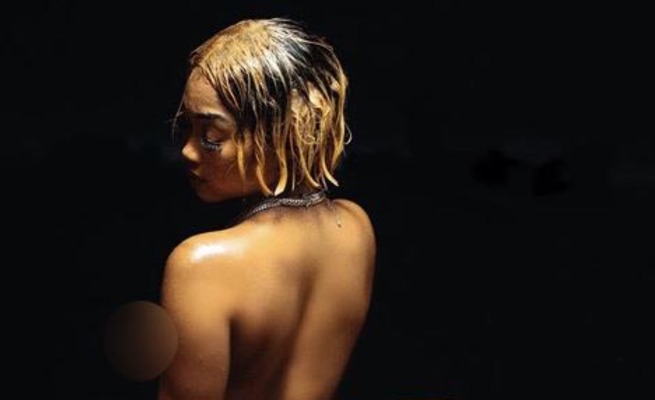 Forget Faith Nketsi, Nicole Nyaba is the one coming for that Hottest MC title next year, and sis stripped down to get the internet's attention about her latest single, MaDONNA.

The socialite had fans deep in their feels when she announced one of her first musical projects recently, a collab with producer 808x for his album STATION 2097.

While sis' bars on the track are still open to debate, her promo material for the single had everyone's attention.

Taking to Instagram, Nicole posted a snap of her completely naked, with her back to the camera.

She used the caption to promote the single but the comments section was soon filled with more messages about the snap than the music she was punting.

Fans were stannin over her “bravery” and “beauty”, while others welcomed her into the music fraternity with open arms.

They have been embracing their fav's “Hollywood” style ever since she dropped music a few months ago under the name Coco.

Earlier this year she told fans that she had stepped away from the social scene to focus on music.

“I had spoken to my previous manager about taking a break in March and eventually I quit later. I've decided to be an artist and separate myself from hosting gigs, because I believe in giving my all to whatever I choose,” she said.