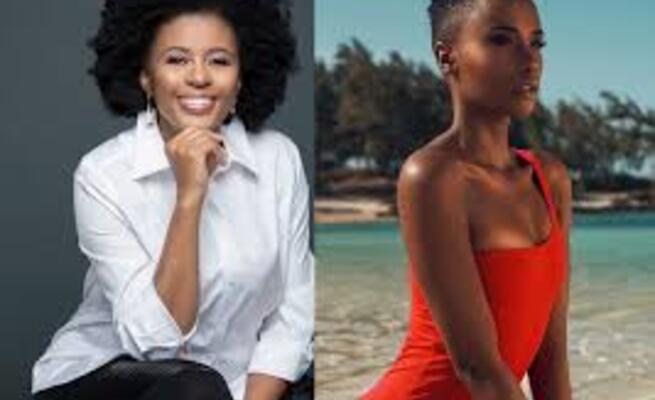 Basestana Kumalo recently found herself under attack on social media for being rude and disrespectful to Miss Universe, this came after an old video clip of herself being interviewed by current Miss Universe Zozibini Tunzi, during the Presenter Search on 3 competition in 2018, propped up.

The interview was part of a challenge during the contest that saw Zozibini and another contestant put to the test as they chatted to Basetsana.

When the video was picked up again on Wednesday, social media users were not impressed with the way Basetsana addressed Zozi – many of them claiming that she was rude or condescending.

In a viral video that has resurfaced in the wake of Zozi's Miss Universe win, the beauty queen asked how Basetsana wanted to be addressed. Basetsana responded: “You're gonna call me Mama B, darling. I'm as old as your mother, probably.”

Zozi proceeded to ask Basetsana about her reign as Miss SA and what it signified, but Basetsana interrupted her before she could finish asking the question.

Giving Zozi a few pointers, Basetsana criticised her phrasing of the question. “It's a very strange question when you say to somebody, 'what was your train of thought', but anyway, let me indulge you,” she said as she answered the question.

Meanwhile, in a statement Basestana released to the press on Thursday, she said she was "very disappointed by the response" the clip received.

"During the interview, I was tasked with pushing the Presenter Search on 3 contestants out of their comfort zone, as is the nature of the show and see how quickly they think on their feet and think when they're under pressure," she explained.

She went on to say; “The interviewees were briefed to put the finalists through their paces."
"I mentor young people and have done so for over two decades. I have seen many rise to their fullest potential in different industries. Seeing Zozibini wear the well-deserved Miss Universe crown is a moment we all should be celebrating and applauding," she added.

Basestana said she indeed has great respect for Zozi. "Zozi has redefined the ideals of beauty in pageantry, has broken the mould and re-written history. She has affirmed that black children's dreams are valid. I am a huge supporter of Zozi and have nothing but praise the for the woman she is and all she has achieved.

“It would be wonderful as a country we could allow her to shine instead of trying to fuel negative stories. We have so much to be positive about with all the incredible achievements of young role models in our country."