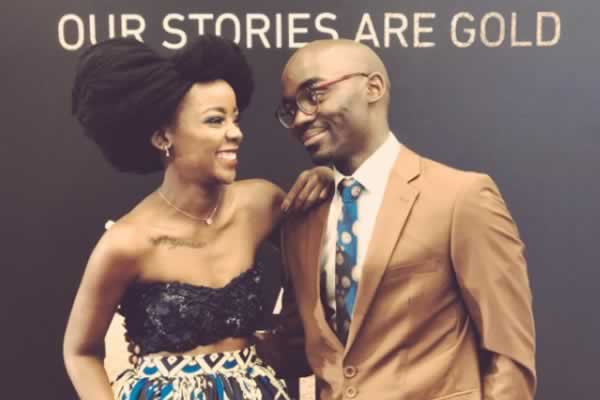 Child star turned medical doctor, Musa Mthombeni (28), has been prophesying nothing but love for the talented beauty and award-winning actress, Thuso Mbedu (26) on social media. People thought the two were an item and were ready to walk down the aisle. But Musa has probably broken Thuso's heart by revealing that he would never date her.

FORGET THE MARRIAGE
All those who had the wedding outfits ready better go and get refunds. Musa says everyone must forget about the possibility of him and Thuso ever being an item. He says the two have been friends for a very long time and he would not want that to change.

“Thuso and I have been friends for eight years. We are just friends and that will never change,” he says.

The Trending SA presenter is sorry to get everyone excited, but says he was just being his playful self. Musa says even though Thuso is everything any man would want in a woman, he does not even for a moment look at her with a romantic eye.

“I was just playing around. I don’t even look at her in that way. Our relationship is perfect the way it is,” he says.

The 28-year-old recently lost his best friend, Akhumzi Jezile, in a car accident. On the day of the funeral, Thuso and Musa’s mother were seen together chatting.

“My mother knows Thuso. She greeted her after the service, and the two had a chat. I don’t even have an idea of what they were discussing, but it was not about marriage or anything of that kind,” he says.

The smart Musa is leading a very busy, yet successful life at a very young age. He’s a medical doctor by profession, and he’s also pursuing his love for TV. The talented doctor says that he has so much to worry about, and a relationship is not one of them.

“I’m single and not looking. I am happy with my life just as it is. I don’t have time for relationships,” he says.

The presenter has so much on his plate. He has to go to hospitals, save lives and use his charm to keep viewers entertained. Doing the two may seem impossible, but Musa perfectly makes it work.

“Nothing is impossible. You do what you have to do. I plan my days and priorities, with that I’m able to go to hospitals and be able to go and have fun on TV,” he shares.

The doctor thanks his supportive parents for keeping him in check. He had always wanted to be a doctor and be on TV at the same time, and his parents supported both his dreams, as unimaginable as they seemed. He says they pushed him to divide his energy on the two without letting one fall off.

“My parents don’t ask a lot. They support me in every decision I make, and push me to do what I set out to do,” he says. Thuso could not be reached for comment at the time of going to print.