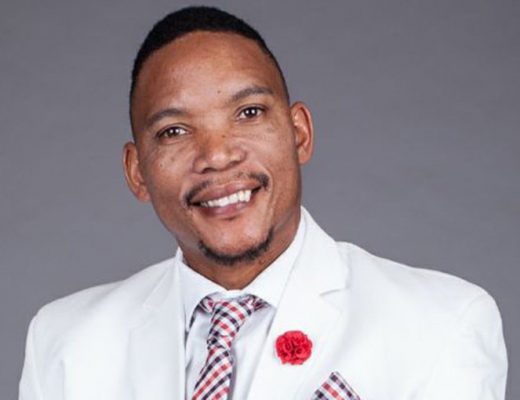 The family of Neyi Zimu released a statement to the media confirming that the singer died in hospital on Wednesday after "a struggle with a difficult illness.

Gospel Singer Neyi Zimu has died according to EWN.

According to The SABC, the musician reportedly died on Wednesday night at Busamed Hospital in Modderfontein.

Neyi was diagnosed with skin cancer.

The publication said that the Jehova Re Tshepile Wena hitmaker's skin started showing changes earlier this year and he began to appear in public and onstage wearing gloves. The changes soon began to show on his face too, but he kept on performing even as his condition worsened.

UPDATE – The EFF released a statement about the artist's death, saying in part: "We send our heartfelt and revolutionary condolences to his family and close friends. We ask that the God Zimu sang about may stretch forth his hand and be the one that heals the wounds created by such a painful loss.

Pastor Zimu has been on the South African Gospel scene from the early 1990s. No wonder in 1996 he was one of the founders of Family Factory and Joyous Celebration. This collective saw him collaborate with various artists. In 2001, he released his much-anticipated album Excited which featured Concorde Nkabinde and Jazz duo Tsunami."

A steady stream of tweets have continued to pour in for gospel star Neyi Zimu who died in hospital on Wednesday following a long illness.

In November Move! Magazine reported that the singer had been diagnosed with, what his brother called, "a very rare skin cancer". Industry friends of Neyi had taken to social media at the time to ask for people to pray for the Jehova Re Tshepile Wena hitmaker's recovery.

On Thursday, following news of Neyi's death, fans and friends once again turned to Twitter, this time to share messages of sorrow.

TV and radio personality Refilwe Modiselle said she was left heartbroken by the news.

"That man blessed us musically & probably got me through some of the hardest times in my life when I listened to his songs. I was blessed enough to even meet him last year & just chat. Death be not proud. Condolences to his family," she wrote.

The South African government shared the following message: "We are very sad by the passing of gospel artist and worship Pastor Neyi Zimu who lost his battle with cancer. We send our condolences to his family and friends. His music touched many #RIPNeyiZimu."

We are very sad by the passing of gospel artist and worshiper Pastor Neyi Zimu who lost his battle with cancer. We send our condolences to his family and friends. His music touched many #RIPNeyiZimu pic via @NeyiZimuMusic pic.twitter.com/nzbqnfITed

You touched and healed many with words and song.

This past Sunday we were praying for Pastor Neyi Zimu’s healing. The Lord has eternally healed him, the pains are now gone and he is in a far better place. 🙏🏾 pic.twitter.com/9y6M9li6vC

Neyi Zimu passed away on the same date as the one we lost Nelson Mandela in 2013 and Sfiso Ngcwane in 2016. pic.twitter.com/14PGnmYEqn

Waking up to news of Neyi Zimu. My heart is broken. The gospel industry has lost a giant 🥺💔

HEARTFELT CONDOLENCES TO THE ZIMU FAMILY.

The news of the untimely passing of Pastor Neyi Zimu to be with the Lord has hit us all hard as we were hopeful he will beat his disease.

The way he healed & gave us hope through music and to accept that he is no more, is extremely painful. We really live in a borrowed time, Jehofa Retshepile Wena. You will never be forgotten Pastor Neyi Zimu… #RIPNeyiZimu 💔 pic.twitter.com/J5xpsDTD0F