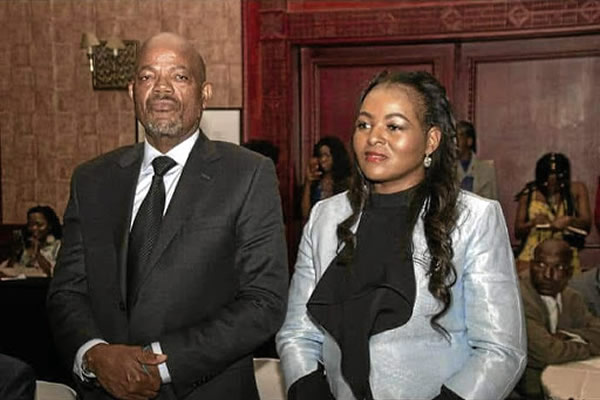 Baroka FC boss Khurishi Mphahlele dropped a bombshell when he revealed that his “disputed wife” pulled a “handball foul” stunt on him for years.

Khurishi said the woman, who cannot be named to protect the identity of her child, was involved in an adulterous affair that produced a love child right under his nose. He found out last year that the child was not his after demanding paternity tests.

Khurishi said he had been discharging his parental responsibilities not only to this child, but also to her three other children from previous relationships.

The woman’s lawyer, Ntiso Mathebula, declined to comment. “We are in a war and once the war is over, we will talk to you,” said Mathebula.

The business tycoon also said he paid damages for the same child she tricked him into believing was his flesh and blood. He claims he sent a delegation to pay damages and negotiate lobola for him on November 3 2007.

He said she had filed a papgeld suit against him at the Randburg Magistrate’s Court last year, after they separated, and that’s when he made the discovery via paternity tests.

Khurishi revealed the details in an urgent application he filed at the Joburg High Court on Tuesday, November 19, for an order to declare his marriage to the woman invalid, stating it was not legally registered.

This because when the marriage was registered he was still married to his first wife, Joyce Mphahlele, in a civil union.

In the papers seen by Sunday World, Khurishi said the woman served him with a divorce summons on October 11 last year. When he challenged her about the legitimacy of the marriage, she failed to secure a date for the hearing because she allegedly wanted to extort money from him.

In his plea for the marriage to be declared invalid, Khurishi said he cheated on Joyce with this woman in 2006.

He said she told him she was pregnant with his child whom she gave birth to on June 16 2007. Now Khurishi has pleaded with the court to also give him an order declaring that he has no legal obligation to maintain the child along with her other siblings.

“I’m being compelled to maintain children who have their own biological fathers and even found to be in contempt of court, while I have not formally adopted these two children and the one who has just been recently declared not mine,” he said.

He also said the marriage entered into in 2007 but registered at the Home Affairs in August 2016 should be dissolved because when he married her, he was still married to Joyce, and that marriage was only officially dissolved on September 26 2014.

“At the time, I sent the delegation to pay damages and negotiate lobola, I was still married to my wife, Mrs JJ Mphahlele, in terms of civil rights,” read the papers.

Khurishi seems to be of the view that even if the lobola negotiation could be construed as customary marriage, it would not be recognised as the process was not completed.

“As per the lobola negotiation minutes, I have not yet fully complied with the said conditions, meaning that the said alleged marriage is not yet complete. The respondent has to date not been handed over to my family to complete the marriage.”